No Clemency for Bayuku Conteh! 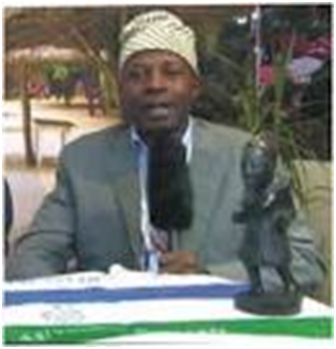 No Clemency for Bayuku Conteh!

In Sierra Leone today, anybody who dares to tamper with funds meant for victims of the dreaded Ebola killer virus does not deserve mercy; such ravenous and heartless people should face the music.

We are of the strong view that the persistence of extending clemency to embezzlers of national funds is largely responsible for the incessant daring corrupt activities of many of our top government functionaries. We must not encourage the culture of impunity in our prolonged fight to minimize corruption.

Imagine a whole minister who had the guts to defraud funds meant for people perishing in quarantine homes and now begging for mercy, calling on the Islamic religious community to help him get back his passport which was confiscated following investigations mounted into his brazen act of corruption, does Bayuku Conteh want to become another sacred cow who should not be punished for his sins?

What is more immoral than pocketing funds meant for dying people? Does Bayuku Conteh really know the gravity of the offence he committed against the quarantined people on whose behalf he wrote to the Italian donors and swindled the over €20,000 sent for them? That act is equivalent to fraudulent conversion, apart from being an embarrassment to the President of Sierra Leone, His Excellency Ernest Bai Koroma who appointed him to such a high office which he ended up abusing.

We are calling on government to set a precedent and not to give any form of clemency to Bayuku Conteh but to ensure that he gets the required penalty for his despicable act of corruption to serve as a deterrent.

Giving back Bayuku his passport or extending any form of clemency to him could embolden others to do more than what he did and impunity would thrive.