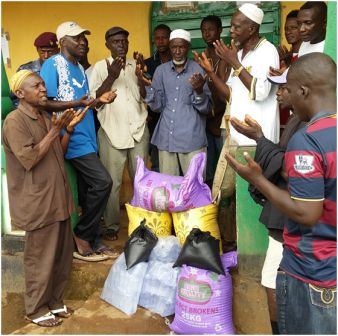 Hon. Robin Faley on 25th 26th and 27th   June 2015 mobilized youth to clean Mosques in Port Loko. He also provided food for Muslims and helped in boosting Operation Northern Push by involving and motivating youth to embark on environmental hygiene, a cleaning exercise that was carried out by 100 youths. The entire program which lasted a week was sponsored out of Hon. Faley’s personal resources.

‘Port Loko is my second home because of the high level of love, respect and appreciation given to me by the people during the past years,’ he said. (Photo: Hon. Robin Faley presenting food items to Imams in Port Loko)

Hon. Robin Faley and Port Loko youth cleaning one of the mosques

Robin Faley said he is blessed to be appreciated by APC stalwarts like PC Adikali Miller and other stakeholders like Hon. Buya, Kemoh Sesay and a host of others. “I strongly feel part of the community because Sierra Leone should now rise beyond the issues of tribe, region, and religion. As a fervent Christian, I believe that preaching religious tolerance which is part of the vision of His Excellency Ernest Bai Koroma should be fostered at all levels and this has to be manifested by all and sundry particularly political leaders,” he added. Sheik Bunduka, spokesman of Falaba Central mosque, described Faley’s intervention as God sent and an inspiration in promoting religious and political tolerance. Though he is a Mende from the East in the Kailahun district, his intervention in the northern part of the country in the area of education through the provision of learning and teaching materials in the township and provision of food for BECE pupils during emergency period has been immense. The Sheik said Faley’s intervention   shows clearly that the issue of tribe and region are of no essence. He prayed that God continue to bless him. Many, mostly the youth, have lauded the actions of Hon. Faley, describing him as a sincere philanthropist and encouraged him to continue his good work to ensure that he bridges the gap between Temnes and Mendes, the two largest tribes in the country. 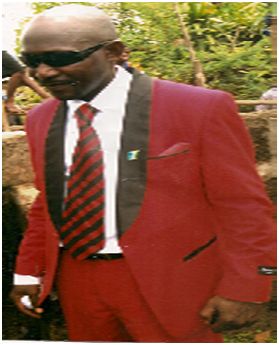