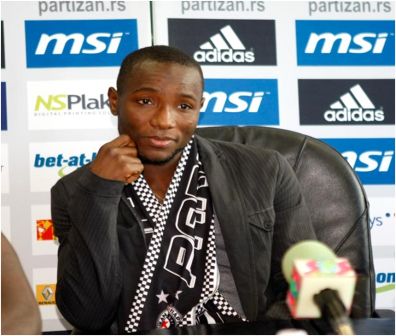 Leone Stars Israeli based midfielder Mohamed Medo Kamara has told fellow teammates during their last day training session that they should not overlook Sudan as underdogs as they are major upset in African football they need much respect, as all three opponents in Group I are tough and stand a chance to qualify for the Afcon 2017 in Gabon.

The Maccbi Haifa holding midfielder insists that Sierra Leone and Sudan are no walkover as Gabon has qualified automatically as the host leaving the battle between Sierra Leone, Sudan, and Ivory Coast who are the defending champions.

“A clear example is what we saw in recentFrendlies, when Cape Verde defeated Portugal in the intentional friendly game also Ghana defeated Germany in the world cup 2010 and Sudan Upset Nigeria of not qualifying to the past AFCON in Equatorial Guinea.”

“For me there are no minnows in African Football and I believe that if we do that we will be punished in the qualifiers, we will take all of the teams very serious in our qualifiers,” Medo told the young lads in the squad.

We need to come out strong as a team on Sunday and make Sierra Leoneans Proud despite all the huddles back home.

On 31 August 2010, a day after his last match for HJK, Medo signed a three-year contract with Serbian side Partizan. He was presented with together with Pierre Boya. Medo made his debut for the club on 4 September 2010 in a home fixture against Hajduk Kula. He played for the full duration of the match as Hajduk were beaten 2–0. Medo also made five appearances in the 2010–11 UEFA Champions League group stage.

On 31 January 2013, Medo signed for English Championship club Bolton Wanderers on a three-and-a-half-year contract for an undisclosed fee, subject to international clearance. His debut came on 23 February as he came on as a substitute in Bolton’s 4–1 win versus Hull City.[ His first goal for the club came on 30 March against Charlton Athletic as he scored Bolton’s second in a 2–3 defeat.

On the 19 January 2015, Medo joined Maccabi Haifa on loan for the remainder of the season. [

Internationally, Medo has played for the Sierra Leonean under-17 team that finished runner-up of the 2003 African U-17 Championship in Swaziland. He was also a member of the same team at the 2003 FIFA U-17 World Championship in Finland.

After spending seven years in Finland, Medo expressed his wish to play for the Finnish national team, but FIFA ruled this out as they rejected his application to play for Finland in December 2010. After FIFA’s decision, Medo announced his availability for the Sierra Leonean national team and was subsequently called up to face Niger on 27 March 2011. Finally, Medo debuted for his homeland in that match playing the full 90 minutes

Her Majesty The Queen to award you... 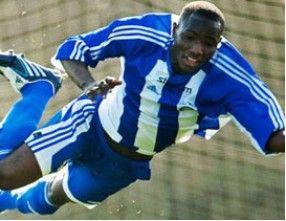