In her opening remarks, the Chinese Minister of Health and Family Welfare, Ms. Li Bin extended felicitations to H.E. the President, Dr. Ernest Bai Koroma whom she described as a leader with courage and dedication. She extolled him for his esteemed, laudable and exemplary leadership qualities and commitment to the welfare of his people. She also congratulated the President and the people of Sierra Leone for their bravery while she extended the condolences of the People’s Republic of China to the families of those who lost their lives to the Ebola, particularly the health workers whom she described as true heroes.

The Minister of Health and Sanitation in his opening response recalled the long standing bilateral ties between Sierra Leone and the People’s Republic of China dating back to 1971. He recounted how China’s contribution to the socio-economic development of Sierra Leone is palpable all over the country citing the National Stadium, the Youyi Building, the Ministry of Foreign Affairs and International Cooperation Building, the Regent-Grafton road, to name but a few.

Dr. Fofanah on behalf of His Excellency the President Dr. Ernest Bai Koroma, his government and the people of Sierra Leone thanked the Chinese government for their tremendous support to the country during the Ebola Virus Disease outbreak. He cited how China was one of the very first countries to respond to His Excellency’s call for support. He recalled when he personally took delivery of the first largest single donation of anti-Ebola supplies from any one country at the Lungi International Airport. He further thanked the Chinese government for both the mobile and fixed level 3 biosafety laboratories.

On whether China is rich, this is what Dr. Fofanah had to say amidst laughter ‘It is not about China being rich, but that China has a heart of sharing and giving- a gesture Sierra Leone appreciates whole-heartedly’.

Dr. Fofanah shared with his Chinese counterpart the multiple development projects that His Excellency has identified in addition to the ones we are already collaborating on with China such as the ultra-modern airport project at Mamama. He emphasized how the successful implementation of all these projects is dependent on getting to zero and staying at zero, and on  the early implementation of the recovery plan than the government has put in place and appealed for further support from China.

Ms. Li Bin replied that she has listened to the requests of her counterpart with keen interest and reiterated that China will do everything within its power to support Sierra Leone’s development aspirations, particularly the health recovery plan – a roadmap toward a strong resilient health system which His Excellency, President Koroma is following with keen interest.

Accompanying the Minister were the Chief Medical Officer, Dr. Brima Kargbo, the Permanent Secretary Mr. David Banya, the Director of Health Systems, Planning, Policy, and Information, Dr. S.A.S. Kargbo, the Chief Nursing Officer, Matron Hossinatu Kanu, and the Registrar for Pharmacy Board, Mr. Wilshire Johnson. The meeting culminated with an invitation to the Minister of Health and Sanitation to visit China at a date and time of his convenience as well an invitation to China-hosted meeting scheduled to take place in South Africa in the next few months.

Sierra Leone Ambassador to Iran Wo... 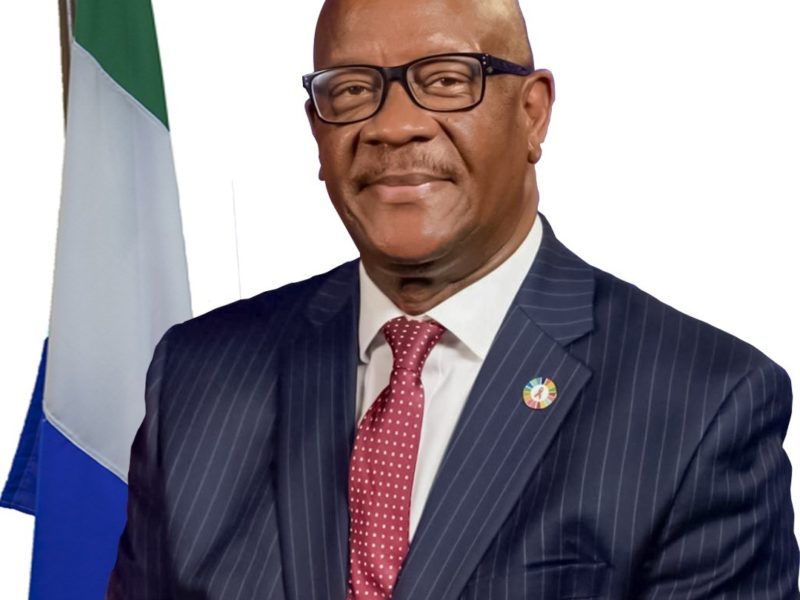