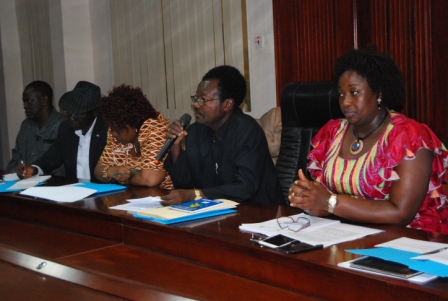 Chairing an inaugural meeting of the Inter-Ministerial Committee on Decentralization, Tuesday 19th May at his Tower Hill Office, Vice President of Sierra Leone, Ambassador Victor Bockarie Foh informed Ministers of Government, Chairmen and Mayors of Councils from across the country that Local Government is a key vehicle for the country’s development process, good governance and decentralisation.

According to Vice President Foh, local government can be very resourceful and meaningful to the country’s development process but only when stakeholders to the process work collectively. “With effective decentralization and development, the Central Government could play a coordinating and facilitating role but this role can only be played if the country gets it right”.

Vice President Victor Bockarie Foh said, stakeholders in the process of decentralization should note that the Local Government Act 2004 is a document that should be utilized and interpreted precisely and appropriately. Stakeholders, he said, must have their focus and ensure an effective capacity building of Local Government Institutions in the country and that the devolution process must phased-out, Vice President Foh emphasized.

Speaking further, Vice President Foh emphasized that the Local Councils will not function well if they are not provided with the needed resources. The capacity of the councils, he said, must be developed, but however made clear, that the Councils themselves should work hard in the area of revenue generation. Responsibilities and roles of the councils, Vice President Foh said, must be clear, whilst calling for effective partnership amongst all partners to the process.

On political will and support for the local governance and decentralization, Vice President Foh said, the central government has been providing the lead in this direction, saying “Local Government is at the heart of the Agenda for Prosperity”

According to the Vice President, with proper Local Government Institutions in the country, governance could be taken to the doorsteps of the people across the country. With effective decentralization and devolution of functions, he was certain, Government could be able to play its coordinating role. This, he said could only happen when stakeholders to the process interpret the Local Government Act 2004 properly, have a clear focus and well defined policy, and with strong capacity building for councils across the country.

Vice President Foh said, the enactment of the Act in 2004 was done in a rush by Government but “was useful at the time”. However, he said, there is absolute need for a review of the Act, taking all shades of opinion into consideration. The Act, he went on, has been tested and tried over time and that it has shown there are hiccups and was therefore proper and thorough to have it reviewed

Suggesting further, the Vice President said, he was of the view conditions of service for Local Councils must be harmonized as the Civil Service, so that Local Councils institutions and their workforce could be motivated. Apart from the political leadership in Councils, the Vice President said, appointments must be based on merits and not political consideration, all in a bid to build stronger service delivery system in the Councils.

The Vice President also touched on what he referred to as the “dicey” area of the roles of District Officers and those of elected council officials and called for the relationship between these parties to be cordial.

The meeting, he said was an attempt to dialogue with stakeholders in the process of decentralization in the country and was happy, therefore, that a number of Government Ministers, Council Chairpersons and Mayors were in attendance. He promised to work with them and to give his best of services to the councils and all players in the decentralization process.

The Vice President called on elected Councilors to put aside their party colors when it comes to national issues, saying as the country’s Vice President, he serves the nation and not his political party. “I rather serve all the political parties. To our elected Councilors, forget about coloration when you are here, this is a national issue and you will all be my friends and should feel free to come to the office”, he said.

Climaxing the event were Presentations of Status Report on Decentralization and Devolution across the country. On Non-Fiscal issues, a presentation was done by the Minister of Local Government, Diana Konomani and Minister of Finance and Economic Development gave a status update on decentralization from the perspective of Fiscal matters.

Diana, others pay special call on... 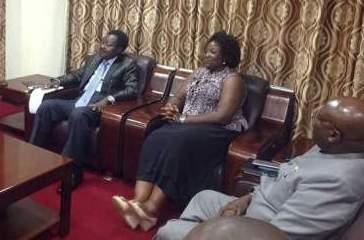 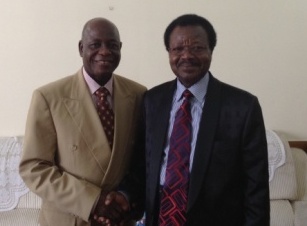