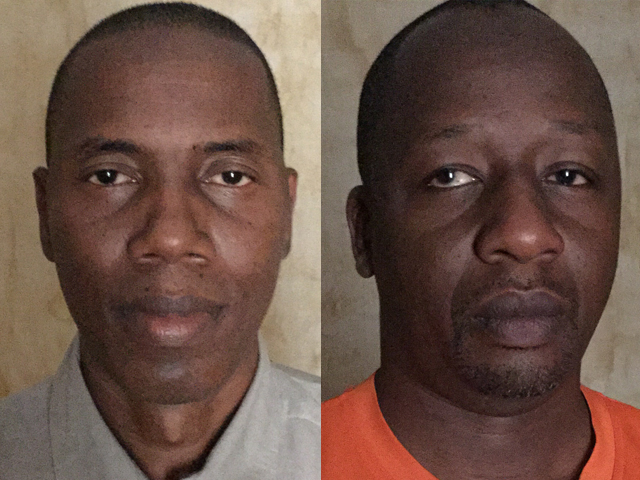 Al Jazeera is still demanding the release of their two Nigerian journalists who have been detained in Maiduguri by Nigerian forces for nearly four days.

Ahmed Idris and producer Ali Mustafa were detained in their hotel room on Tuesday morning after returning from covering a story on the Nigerian forces fighting Boko Haram in Borno State. The story was done with the full cooperation of the Nigerian military.

The story was part of the channel’s special coverage on the Nigerian elections, which takes place on Saturday. Al Jazeera is one of the most-watched news channels in Nigeria, with millions of viewers every day.

Equipment was confiscated from the hotel room and both men have been restrained in their hotels without any logical explanation. A military statement accuses both men of “operating without protection, accreditation or due clearance,” however Ahmed and Mustafa are officially accredited by the Independent Electoral Commission in Abuja with the clearance to report from anywhere in Nigeria during the entire election period.

The military statement also said that both men were said to be ‘loitering’ in various locations, however they were actually detained in their hotel rooms. The statement gave a reminder about warnings given to “foreign” journalists, but both Idris and Mustafa are Nigerian nationals.

Ahmed Idris who has been with Al Jazeera since 2010 is an experienced journalist who has over thirty years of broadcasting experience. Ahmed started working for the Adamawa Broadcasting Corporation (ABC) in 1983. In 2006 Ahmed joined the BBC in Abuja and in 2007 until 2010 Ahmed was made the Bureau Editor. Since 2010 Ahmed has served as a producer/reporter for Al Jazeera. In 2014 he was the first international journalist to reach Chibok and interview families affected by the mass kidnap of schoolgirls by Boko Haram.

Ali Mustafa has been a cameraman with Al Jazeera since 2011. He graduated from the National Film Institute, Jos, Plateau State in 2000 as an Independent Film Maker, majoring in scripting producing and directing.

An Al Jazeera spokesperson said: “We’re now in the fourth day of our colleagues’ detention. We continue to call on the Nigerian authorities to release them; they are officially accredited to report on the election and election related issues. They have all the relevant paperwork to report on the Nigerian elections and stories related to the election. Both men had just finished filming a story on the military with their cooperation. They were not ‘loitering’, but were in the hotel room and had only passed through the restricted areas of Yobe and Borno State to get to Maiduguri.

“As Nigeria is a day away from an important election and on a day when the Nigerian army says it has retaken the north-eastern town of Gwoza, believed to be the headquarters of Boko Haram, Al Jazeera is dismayed that the military have obstructed Al Jazeera from reporting on the ground. The continued detention of our staff without any reason is an attack on free media, we call on the authorities to release them unconditionally and swiftly.”

A Secret Letter to The President:...