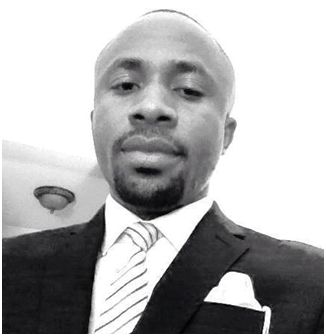 I have followed with keen interest the recent debate on the Audit Report on use of Ebola funds and the wrangling between the ACC and Parliament as to competence and jurisdiction. I have also seen a lot of controversial arguments and positions being taken on the subject.  With all the prevailing controversies, and in my quest to join the discourse and substantiate on key issues which may not have been touched on, I am motivated to write out this article. I have taken time to read the Audit report and the 1991 Constitution carefully and have put forward 5 strong arguments as to why the ACC must be seized of jurisdiction in this matter.

1.  The Audit report was a ‘special case’ and was never supposed to have been taken to parliament.

No doubt, the 1991 constitution of Sierra Leone gives Parliament the right under Section 119 (5) to debate the Annual Audit report of the Auditor General after it has been tabled in Parliament “and where necessary appoint in the public interest a committee to deal with any matters arising…”

Clearly, the Audit Report under section 4 that has a ‘12 months’ time frame must be laid before parliament for scrutiny. But the current Audit report before parliament spans only from MAY to OCTOBER (6 months period) as stated in the front page of the document. Should parliament therefore be seized of jurisdiction over such Audit reports? The constitution is silent!

However, every Sierra Leonean knows that it was the president himself that called for such audit following the massive allegations of corruption that eclipsed the use of Ebola funds. And rightly so, as sections 119 (7) demands, the president has the powers to do so at anytime.

Critically construing section 119 (4) and (7) therefore, one may realize that the said Audit Report that is currently before Parliament had no business to have been there in the first place. My position for saying so is simple. The report that must be laid before parliament by virtue of section 119 (4) is one that falls within a 12 months period (annual Audit report). This current Audit Report on Ebola covers only a 6 months period. It is a special case and not the traditional one under section 4 which must face parliamentary scrutiny as of necessity. Even the Auditor General confirmed this in the Audit Report.

At the very least, my position is that since the Audited Report was done pursuant to section 7, it would have been prudent if it were handed over to the President himself so he could have had the privilege to decide which next action could have followed the report. And clearly, the ACC could have been his preference considering the fact that it is the statutory body with the mandate to investigate alleged cases of corruption.

However, since the Auditor General has already submitted to parliament’s jurisdiction, I shall now lay more weight on the other arguments below as to why the ACC must seize jurisdiction of the matter.

There is clear evidence from the Audit Report that Parliamentarians were also given some money for Ebola sensitization for which accountability should be a necessity. It will amount therefore to conflict of interest if parliament were allowed to scrutinize a report to which they themselves are required to account on. They should not become a player and a referee at the same time. Perhaps, it would have made a huge difference if they had not collected monies for Ebola sensitization. But unfortunately and exceptionally, they did. It will therefore be just and proper in the circumstance to have an independent framework where everyone (including parliamentarians) that took monies for Ebola sensitization or for whatever purpose should account to. And tell me which other body could be more competent than the ACC?

3.  The RECUSE Principle dictates so!

Flowing from the above is my strongest argument and it is based on the RECUSE Principle.   Another significant and compelling reason why Parliament must step aside on this matter is based on the demands of the ‘RECUSE PRINCIPLE’. I will explain.  The term RECUSE is a principle that is usually applied in legal proceedings and administrative tribunals. It simply means to disqualify or remove oneself as a judge over a particular proceeding because of one’s conflict of interest. The Recusal principle is based on the maxim that those who preside over cases or matters of such importance must maintain clean hands and be impartial in administering justice.

Using the court as an example, whenever a judge is assigned to a case, the first thing he is expected to do is to review the general facts of the case and determine whether he has conflict of interest in the case or not. If a conflict of interest exists, the judge may recuse himself from the matter. He can do so either by one of two ways. He can choose to recuse himself on his own initiative (propriomutu) or any party in the case can make an application by way of motion to require the judge recuse himself from hearing the case. If a judge fails to recuse himself when a direct conflict of interest exist, the judge may be later reprimanded or in some cases any criminal conviction or civil damage award that he may have granted may be reversed or set aside. In this sense, the recuse principle by and large has come to serve as a plausible exception and blockage to jurisdiction, the effect of which will lead the disqualification of a judge by reason of his interest or prejudice in the proceeding.

No doubt, the AUDIT REPORT clearly alleged that our Parliamentarians too received Ebola funds like all the other people implicated in the report. The report even went further to allege that a second controversial disbursement was made to a parliamentarian apart from the first made to the general HOUSE. The very fact that such overt indictment hangs on one of the members of the HOUSE at the very least makes it mandatory for the RECUSE principle to apply. There is in this matter, an uncontroverted conflict of interest and Parliament must exceptionally give way for the ACC to serve as an arbiter. The Recuse principle should in this present case serve as an exception or blockage to parliamentary jurisdiction.

4.  The ACC is the most suitable body to investigate matters of alleged corruption.

Someone may want to ask, what then is the use of the ACC if it cannot be allowed to investigate such allegations of grave corruption over funds meant for public use? No doubt, the ACC is the competent body that has the statutory mandate to investigate cases of alleged corruption and where possible prosecute perpetrators of such offences.  Parliament cannot prosecute whatever the outcome at the end of the day. Given this disadvantage, it stands to reason that the ACC should be better preferred to enjoy jurisdiction in this singular instance especially when one considers the damage that this Ebola scam (allegations) have brought on the reputation of the country globally. In addition, since parliamentarians themselves are also on record to have received monies for Ebola campaign, it is but just that they also give account of the use of these monies at the very least to an independent mechanism outside the precincts of parliament.

5.  Time and money will be saved when ACC seize jurisdiction.

It is a cardinal principle of law that any justice that is delayed is tantamount to denial of justice. Laying the report before parliament will certainly lead to duplicity of processes and unnecessary delay. Such will inevitably lead to waste in terms of time and money. On the other hand, with ACC having jurisdiction, investigations can be done quickly and charges can also be promptly levied against those that are considered to have acted in a corrupt way.

In sum, it is important to also emphasize that Sierra Leone is now a democratic society and as such the fundamental human rights of every individual ought to be absolutely guaranteed at all times. Any threat or attempt therefore to subvert the same will not only be unfortunate but will be inimical to the tenets of a democratic society and our 1991 constitution itself. Perhaps, the greatest lesson that parliament should learn out of this saga going forward is to be overly conscious as to its involvement into matters and work that are not directly related with its fundamental purpose of existence. At the very least, where parliamentarians had not received Ebola monies but were focused on passing health legislation and policies at the time, perhaps the public outrage that is happening now, could have been averted.

I therefore humbly request that the ACC be allowed jurisdiction in this shameful matter that has put our country’s reputation on trial in the ‘universal court’ of the international community.

By Rashid Justice Dumbuya (in photo)

Rashid Justice Dumbuya is an International Human Rights Lawyer and an LLM Candidate at the University of Dundee, Scotland, United Kingdom.

WHO Regional Director for Africa D...