Homepages
Your trusted place for Sierra Leone and global news
Trending News
HomeFeatured“Post Ebola Rebuilding Is Bigger Than That of the War” Hon. Madina Rahman

“Post Ebola Rebuilding Is Bigger Than That of the War” Hon. Madina Rahman 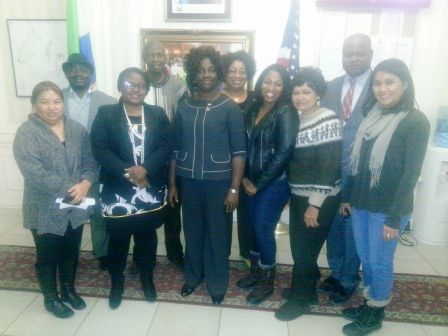 “Post Ebola Rebuilding Is Bigger Than That of the War” Hon. Madina Rahman

Hon. Madina Rahman Sierra Leone’s Deputy Health Minister has said the Post Ebola rebuilding is projected to be bigger than that of the concluded eleven years civil war.

Speaking on the topic “The Ebola Outbreak: Challenges and Next Steps For the Future” during a three days symposium at the Milken Institute School of Public Health, George Washington University, Washington DC on Thursday January 15th, 2015, Hon Madina Rahman said “our people are faced with Stigmatization, Symptoms such as Insomnia, Anemia, Visual Impairment, Psychological Impairment, Orphans, high rate of Teenage Pregnancy, low Educational levels, and trauma. “We need to take care of them and provide Survivors clinic, strengthening of our healthcare systems and regularize the general system to prevent future occurrences.

Hon. Madina Rahman updated the august meeting by made available to them statistics of infected persons in Sierra Leone for a reasonable period which were not only on track with that of CDC,USAID,MSF and other major stakeholders present, but were also consistent in decline, and further expressed optimism of its containment..

She said West Africa and Sierra Leone in particular are currently facing a difficult situation.

She likened the Sierra Leonean situation to that of a neighboring fire which started in a house and ended up engulfing an entire community.

“We were shocked, traumatized and unfamiliar with Ebola. “When the help we sought never came, our President transformed institutions to hospitals with our own resources.

Our police training school and other dilapidated buildings were refurbished and used as holding and treatment centers which up to date are 100% manned by nationals and account for sixty five – Seventy five (65-70%) survival rate when cases are presented early.

According to Dr. Dennis Carroll Director for Global Health Security and Development (USAID) “the World faces the largest Epidemic in history that can only be compared to that of 1917 Influenza Epidemic which struck the United States immediately after the First World War. Without air transportation at that time, it quickly spread across boundaries to Europe and Africa. “Ebola has no boundaries”.

According to him, “Ebola is “Deadly and destructive”. It kills people and Destroys Properties.

“There was no preparation for Ebola outbreak of this magnitude. “No Country was prepared for it: but USAID and Other US Government staff coupled with its international partners are committed to combating the crisis.”

Our future steps is to ensure a no reported case, then United States will take the lead again to rally global allies to assess and evaluate the damage, capacitate personnel and help rebuild health systems, invest in health facilities, staff and equipment that will enable affected Countries forestall any future shock/s.

On Wednesday January 14th 2015, the Hon. Madina Rahman briefed staff of the Embassy of Sierra Leone about the previous and current state of affairs in Sierra Leone.

She reiterated the commitment of President Ernest Bai koroma’s commitment to develop Sierra Leone and restore its glory, and assured all that Ebola will surely end in Sierra Leone in Particular and West Africa in general.

Responding, Minister Counselor Mrs. Sillah said the Embassy became active in pursuit of Ebola ever since it was confirmed in Sierra Leone. The Embassy immediately set up a task force, to help coordinate affairs of the diaspora and said the embassy had facilitated a reasonable quantum shipment of personal protective equipment’s to Sierra Leone.

Between August 2014 and Present, the embassy has issued more than six hundred gratis visa to personnel from Partners in Health in Boston Massachusetts, Medicines Sans frontiers in New York, Center for Control Disease (CDC) Georgia Atlanta and Red cross in Canada.

Meanwhile, Ambassador Bockari Stevens and his Liberian Counterpart have returned from an Ebola academic exercise, which saw them in turns not only appraising the academics on the current states of affairs, but also addressing pertinent issues relating to Post Ebola era. 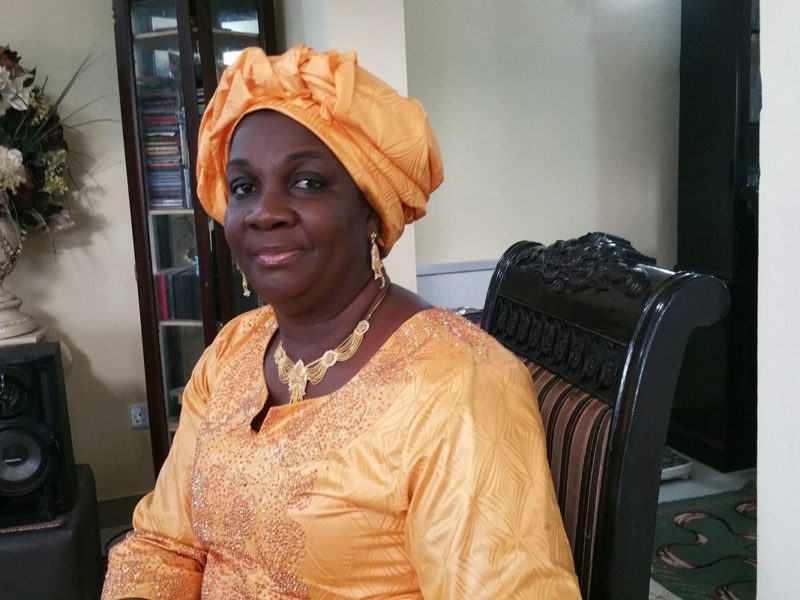 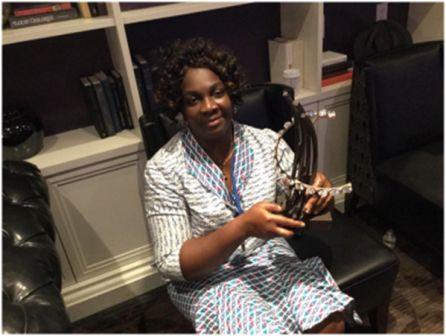 When Madina’s Services Get International...