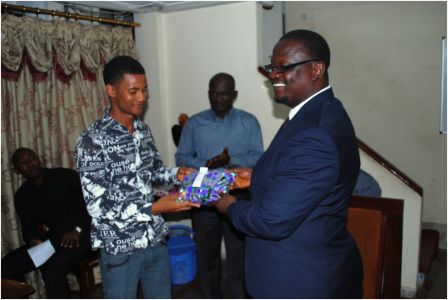 The Anti-Corruption Commission (ACC) has on Wednesday presented prizes to school pupils who took part in the radio quiz competition organised by the Commission in commemoration of the International Anti-Corruption (IAC) Day. Welcoming the pupils to the ACC Head Office in Freetown, the Deputy Director of Public Education and Outreach, Patrick Sandi, described the event as a means of making the pupils learn more about the institution and interact with staff.

The Director of Public Education and Outreach, Koloneh Sankoh, spoke of the importance of the fight against corruption, adding that it was good that the public and children in particular, are paying attention to the activities of the Commission. She said the pupils should know that they have a role to play in the fight against corruption as the scourge can affect their present and future wellbeing. Miss Sankoh therefore encouraged them to serve as anti-corruption ambassadors in their homes and schools by joining the integrity clubs of their respective schools.

The Deputy Commissioner of the ACC, Shollay Davies, spoke about the importance of the IAC Day observed on December 9 every year to raise awareness and bring governments’ attention to the ills of corruption and the need to maintain a corrupt-free society. He said the Commission decided to hold this year’s event low key as a result of the Ebola disease in the country. “But we also know that in spite of the Ebola, we have a duty to raise awareness about corruption issues,” the Deputy Commissioner noted. Mr. Davies said he was glad that the children had the time and the knowledge to take part in the competition, especially so when the Commission is working to develop the minds of children to enable them become persons with enviable characters in society.

Sulaiman Tanu Bah, a pupil of the Nasir Ahmadiya Secondary School in Kenema, who gave the vote of thanks acknowledged the efforts of the ACC in the fight against corruption in the country and urged the Commission to be relentless in the fight.

The distribution of prizes, which include textbooks, exercise books, calculators and ACC information, education and communications materials, climaxed the occasion. 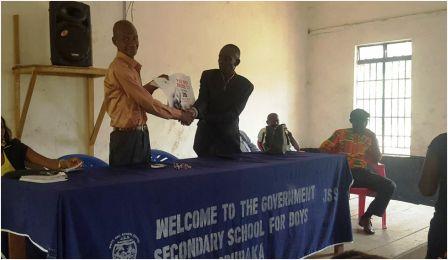