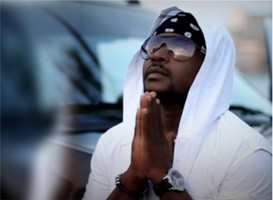 The concert which is dubbed, ‘Ebola can’t stop the music-stay at home concert and celebrate Sierra Leone’ will bring on stage ‘Godfather’ of Sierra Leone’s contemporary music industry, Jimmy B in his album launching titled: ‘Love Songs.’

Jimmy B has not performed on stage for a while now, the artist who launched  the career of a long list of Sierra Leonean stars will be performing songs from his ‘Love songs’ album and hits from past albums.

The ‘Love Songs’ album launching will be stage live on SLBC TV for viewers to watch from their homes as Jimmy B performs. Jimmy is expected to be joined on stage by other Sierra Leonean friends.

Jimmy B said his ‘Love Song’ album will be the final ‘worldly’ album in his musical career. He said after this album, he will make a transition to gospel music.

He thanked Africell for supporting this launching and said they have been working on this upcoming gig for the last four months.

Jimmy B said he feels happy to work with Africell on this project, “As far as I am concerned, Africell the leading mobile company in Sierra Leone has done more for the arts and culture than any other mobile company. They have been consistent and they’ve have been a true friend.”

Africell mobile company has been a strong partner in promoting the emerging arts and entertainment industry. The award winning mobile company is collaborating with the most popular name in Sierra Leone music in the launching of the final ‘worldly’ album for the artist.

An observer who wants to remain anonymous said this is a win-win situation for both Jimmy B and Africell. He thanked the company for providing entertainment to Sierra Leonean at this difficult period.

Sierra Leoneans like to be entertained, especially during the festive season but the deadly Ebola virus which has claimed more than 1,500 lives in Sierra Leone has affected the industry greatly. The Government of Sierra Leone adopted some measures to stop the spread of the Ebola virus among which is to ban all public gathering.

This is the first time in more than a decade that no musical show will be organized at the National Stadium and elsewhere during the festive season.

The performance by Jimmy B and friends is expected to provide relief for the stressful Sierra Leonean populace.

A Stitch in Time - to be premiered...