Africans in Australia set for a big Ebola Summit in Sydney 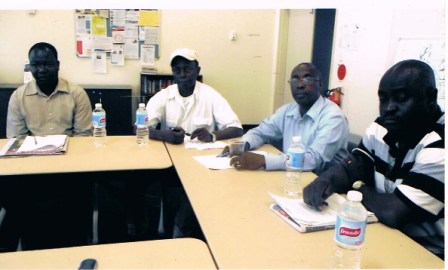 Africans in Australia set for a big Ebola Summit in Sydney

As the killer disease, Ebola lives threating issue is faster becoming a global village issue, the Africans in Australia are currently fasten their belts more and more to contribute in the fight against the deadly disease, Ebola in the currently affected African countries.  Particularly, Guinea, Liberia and Sierra Leone to prevent it from further spreading to other countries in the continent by organising an unforgettable African Ebola summit to discuss the possible means that will eradiate the enemy of human lives, Ebola virus from the entire continent and beyond.

Therefore, several consultative meetings were being held to put together strategies that would   be able to draw more attention of the international community, especially the Australian community, government, philanthropies, charitable organisations for their continue support to the current Africa Ebola ravaging countries.

In one of the consultative meetings held on the 27th of November 2014, especially for the proposed summit, many decisions were reached during it 2hours deliberation, including the writing of invitation letters to medical practitioners, politicians, stakeholders of charitable organisations and philanthropies to invite them to the summit. So that Africans would be able to put across some of the challenges that Ebola virus is still posing in the continent and the world as a whole.

Mr. James Addo, the current Chairman of the Africa Australia Ebola Action Group (AAEAG) in Sydney was the Chairman of the well-attended meeting. In his opening remarks, he welcomed members present and thanked them for attending the meeting. Among other things, he admonished his fellow Africans not to relent in the fight against Ebola in the continent, especially in the currently affected West African countries. “We should take Ebola crisis in Africa the seriousness it deserves because no one knows where next the killer disease will have to attack or surface within the continent or outside it” he emphasised.

Mr Vincent, the Secretary General of (AAEAG) asked the various sub-committees been charged with different responsibilities to give their reports. After which he advised the various committees to redouble their efforts towards the success of the proposed summit as time was no longer on their side. He said that, the writing and distribution of invitation letters is very necessary. “You know we have to invite the Australian politicians, professors from different universities, medical practitioners, administrators, stakeholders of charitable organisations and individual philanthropies to put our case across to them as we have already mentioned earlier, so that they will assist us solving our Ebola crisis problem in Africa. All of these needs great scarifies with very high level of commitment if we want to succussed. ” he said.

Dr. Mike Kamara said that in the case of medical professionals’ invitations, he registered regret that Dr Chris Lemoh, who is the only African disease specialist in Melbourne and who is also a Sierra Leonean, would not be able to attend the summit because of his commitments.

However, personal financial contributions were made by some members of the African communities for the smooth running of the summit. The summit will take place at one of the universities’ campuses, University of Technology Sydney (UTS) campus on the 12th of December 2014.

Sierra Leone Parliament gets a fac... 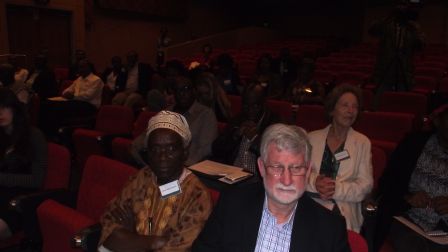