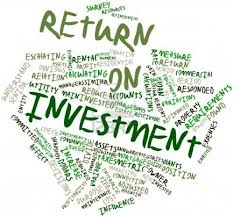 As the club of G7/G8 recently wound up with a renewed commitment to old strategies to global development, so also is the current G20 summit in Brisbane, Australia winding down the same old path. The international economic/financial institutions (e.g., the World Bank, the International Monetary Fund, the continental development banks) have for decades not fundamentally changed their operational structures and functional modes of doing business for international global development. To be precise, the gross lack of innovation or the fear of it in the International economic/financial institutions have meant no real gains in the drive for international global development. Despite all proclamations of the G7, G8, G20 or whatever, the world has remained largely poor. The only country that has made significant development strides in the last two decades or so is China. But why is China the only true exception?

What exactly the world needs today to eradicate poverty and to get all countries into the single prestigious category of developed nations is Concentrated Development Investment (CDI). It is a unanimous consensus in the world today that China is a true example of an economic/financial miracle. China decisively created the enabling environment for the institutionalization of CDI at a rate never before seen in the world, resulting in the lifting of a significant proportion of its 1.4 billion strong population out of poverty within just a decade or so. If the club of wealthy nations truly means business for global development, then it surely has a good lesson to learn from China’s development miracle. In the past decade or so, China has attracted over 60 percent of global economic/financial investment. This boosted its production capacity and export volume by even greater percentages, reaping significant wealth from across the globe. The CDI in China brought about rapid infrastructural development, be it in electricity/power, roads, building/housing, health, education or the military. To the extent, China, once looked-down-upon nation, is now counted among the club of wealthy nations and significant global-player nations. The current anti-graft drive along with investment diversification is even certain to ensure China a much stronger place on the global stage. So what can be done differently by the club of wealthy nations to ensure a true global development?

Why President Koroma is still popu...