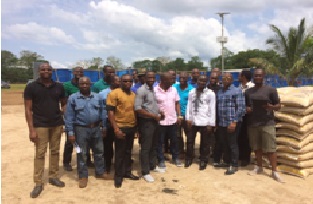 The Quimanora Foundation on Saturday 8th November donated food items worth over fifty million Leones to the Hastings Ebola Treatment Center, becoming the first young group to do so.

Dr. Mbrima revealed that the center had run out of supplies of basic items including bathing and laundry soap, and so the donation came in handy.

Speaking on behalf of the group while presenting the donation, Alfred Akibo-Betts said the items would benefit not only the patients but also the health workers at the center whom he described as brave and courageous.

He said the donation was made possible through the personal contribution of members of the Quimanora Foundation, a cross-section of who were present for the brief ceremony.

The group constitutes past members of a popular social club called Quimanora at Fourah Bay College, University of Sierra Leone, who have resolved to give back to society. The Foundation aims to make meaningful interventions in the area of education and social development, says Mr. Akibo-Betts. He said the donation to the center is not only a response to the call of His Excellency the President Dr. Ernest Bai Koroma for everyone to join the fight against Ebola but to also test the commitment of his colleague members in making meaningful contributions to society.

“This is a new chapter in the 46 year history of our dear college club,” said Arnold Alongo-Macauley, a member of the Foundation who was part of the coordinating team. “We want this to serve as an inspiration to the young generation in Sierra Leone.”

Another member of the group, Clifford Marcus-Roberts, added: “Our aspiration is towards excellence and a better life for members and their communities. This donation serves to enforce that we all crave for a better Sierra Leone for us and our fellow Citizens especially at a time like this, when the Country is plagued with such a deadly disease.”

Opened on September19th 2014 the Hastings Ebola Treatment Center currently houses 129 ebola patients and has discharged 169 back to their communities since.

According to the center’s co-ordinator, Dr. Santigie Sesay, they are about to discharge 66 more patients.

The Hastings treatment center is being run entirely by Sierra Leoneans and has had inspiring treatment stories since its establishment with approximately 30 to 40 discharges every week.

Among the many Ebola patients that have been discharged by the center are a 2 year old boy, 2 months old child, and a 2 weeks old baby girl.

The center has not recorded any health worker casualty to the Ebola virus since its inception, according to Dr. Mbrima. 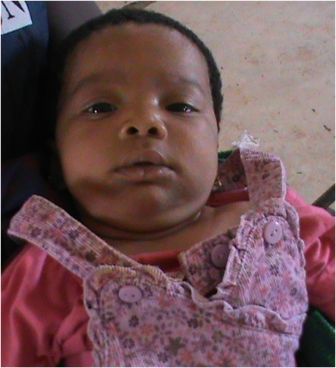