Blinded by their outdated bias 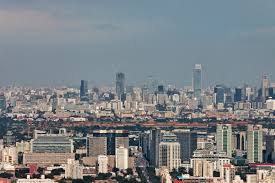 Blinded by their outdated bias

Some media and powers in the West are keen to sensationalize what they call China’s “uncertain strategic intents”, claiming China cannot explain them clearly. They say China poses a threat to the region and the world with its fast development and the continuous fast rise in its military expenditure, especially since China has not explained clearly how it intends to use that military muscle.

But the logic behind this China-bashing repertoire is too weak to stand any inspection. In terms of size, the United States’ economy accounts for more than 20 percent of the global economy. When it comes to military power, the US continues to increase its military input, in spite of the fact it already boasts the strongest military in the world. As for transparency, the US Naval Institute openly opposed Chinese military officials visiting US aircraft carriers, while US Defense Secretary Chuck Hagel was given a tour to China’s first and only aircraft carrier the Liaoning in April.

China’s gross domestic product is about half that of the US, and its per capita GDP is only one-eighth that of the US. Yet China’s military spending is less than one-sixth that of the US, even though its military needs modernization to defend its own interests and territorial integrity given the traditional and non-traditional security threats it faces. The immediate threats to China’s stability and security are extremists, separatists and terrorists.

The China threat clich originates from a Cold War mentality and West-centrism. Such a mindset is only comfortable with a weak, obedient and silent China. No sovereign state can stand such a biased concept of security.

The peaceful development path taken by China means it does not have any strategic intent that it needs to keep secret. China’s priority remains development. But China will never waive its legitimate rights and interests, will not sacrifice its core national interests and will not allow any party to harm China’s sovereignty, security and development.

China is serious about its strategic intents and its path of peaceful development. The Constitution of China clearly stipulates that China respects the territorial integrity and sovereignty of other countries, and upholds the principles of mutual non-aggression, mutual non-interference in internal affairs, equality and mutual benefit, and peaceful co-existence.

China has completely solved the land border disputes with 12 out of its 14 neighbors through friendly negotiations. Despite some countries’ provocations, China has shown considerable restraint in the maritime disputes in the East China and South China seas. China holds that these issues can be solved through friendly dialogue, based on historical facts and respect for international laws, between it and the states directly concerned. China will not create trouble. But China is by no means afraid of dealing with trouble.

The people who claim that China’s strategic intents are unclear either cannot see the bigger picture and the trend of China’s development, and they stubbornly believe a strong country will necessarily seek hegemony, or they are intentionally blind to facts and misinterpret China’s intent to aggravate some countries’ concerns over China’s development.

China welcomes constructive criticism from around the world. China is willing to strengthen communication and mutual trust with those who feel uncertain about China’s strategic intents.

For those people intentionally sensationalizing their claims of uncertainties about China’s strategic intents, we suggest they put away their tinted spectacles, take a rational approach and spend more time thinking about how to co-exist with China on the basis of equality and mutual benefit.

The author is a Beijing-based scholar of international relations. 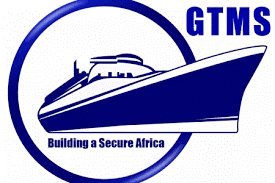