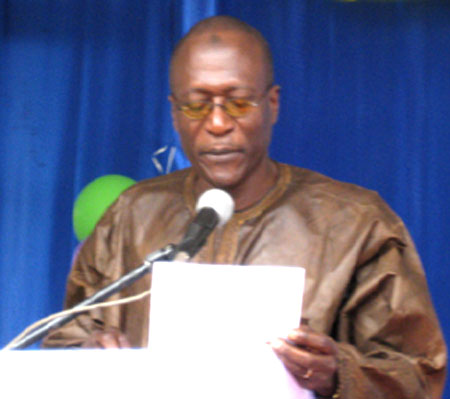 The delegation met with senior Foreign Office official Harriet Matthews OBE, the head of the Ministry’s East and West Africa Division to discuss the UK’s aid package to Sierra Leone. Mr. Banja Tejan-Sie called on Britain to lead European countries to boost their support to control and contain the Ebola Outbreak, and to assemble a long-term economic recovery plan.

Mr. Banja Tejan-Sie said “Britain must lead the EU in not just helping to end the current threat facing Sierra Leone, but also lead efforts to rebuild our economy, which has already been severely hit by Ebola.”

The SLPP National Secretary General’s call for convening an international conference on Post-Ebola economic recovery was supported by the Foreign Office, who promised to push for a joint EU-UN reconstruction conference in the New Year.

Harriet Matthews stated that the UK Government’s commitment goes right to the top – led by the Prime Minister, David Cameron. She revealed that Mr. Cameron has written other European leaders urging them to agree on an ambitious package of measures to tackle the Ebola crisis when they meet in Brussels including establishing a 1 billion Euro fund to tackle the disease.

Mr. Banja Tejan-Sie touched on the long-standing historical ties between Britain and Sierra Leone. He also took the opportunity on behalf of the Sierra Leone People’s Party and the People of Sierra Leone to extend sincere thanks and deep appreciation to the UK efforts to tackle Ebola so far, which includes £125 million financial contribution and 750 troops deployed to help establish treatment units and training facilities.

The UK MPs agreed with the issues raised by the SLPP delegation, the immense suffering inflicted by the Ebola outbreak, and that the ineffective reaction to it reveals a massive failure of global health governance.

Mr. Banja Tejan-Sie emphasized the need to have an honest and open appraisal of the long term lessons to be learnt by the Ebola outbreak. Mr. Banja Tejan-Sie recommended that Mano River States needed a post-Ebola Marshall Plan to rebuild their economies, embed good governance, build institutions and spread wealth throughout their population. The Chairman of the International Development Committee agreed to raise the need for a Post-Ebola Recovery conference with the IMF and World Bank.

By Ansu Momoh and Charles Anglin