Homepages
Your trusted place for Sierra Leone and global news
Trending News
HomeFeaturedHas the Ebola epidemic transcended into an epidemic of hate, hysteria and racism?

Has the Ebola epidemic transcended into an epidemic of hate, hysteria and racism? 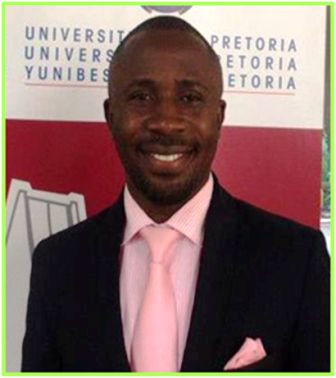 Has the Ebola epidemic transcended into an epidemic of hate, hysteria and racism?

I am Rashid Dumbuya an International Human Rights advocate and Public Defender from Sierra Leone.  Today, I am motivated to speak up against the world’s isolationism attitude and hysteric reactions to nations that are presently plagued with the Ebola disease. I will begin my message by asking a rhetorical question: Has the Ebola epidemic transcended into an epidemic of hate, hysteria and racism?

As I speak on this salient subject today, over 6,000 Africans have died and over 8,000 are currently affected with the Ebola disease in West Africa. In My country Sierra Leone alone, over 1000 people have been affected with the virus whiles hundreds of people have died of the disease – a good number of them being women and children. The scale of the impact on social and economic life has just been unbearable. Virtually, everything is at a standstill in these countries. Schools and universities have been closed for months now, and so also is import, export trade and economic investments.

However, with the outbreak of the Ebola virus in the United Sates in recent times, we have witnessed an upsurge of reactions in policies and laws from especially among developed nations against countries and citizens from Ebola affected areas and regions. As justified as some of these reactions could be, the implementation and enforcement of them have currently given birth to a tsunami of contagious diseases that are perhaps far worse and harmful than the Ebola virus they were meant to cure.

Today, far more contagious than Ebola is the development of a new virus of hysteria, hate, racism and ignorant discrimination that immigrants in general and Africans coming specifically from affected regions are currently enduring in the world.

Aside the good number of people that are currently being shunned and mocked for having visited, or even for simply having been born in one of the affected countries afflicted with Ebola, others have faced discrimination for simply living in the same neighbourhood where a single Ebola patient had once lived.

For instance, even before Liberian Thomas Duncan died from Ebola in the USA, immigrants who lived in his Dallas, Texas neighbourhood faced subtle discrimination and other forms of disrespect and inhumane stereotypes. A lot of blacks from West African origin were reported to have been turned away from local jobs, stores, and restaurants for fear of Ebola transmission.

Reports even indicated that Universities and institutions of learning were also guilty of such ignorant discrimination. Navarro College for example has recently denied admission to two Nigerian students, not because they were diagnosed with Ebola but simply because they were from a country that was then affected by the disease. Though Nigeria had done a great job in containing the virus, it may perhaps be too late for Navarro College to overturn its blatant act of discrimination and denial of the rights to education of the two poor innocent chaps into their academic institution.

Even in the field of play, incidence of discrimination against nationals of Ebola countries have also being evident. It was reported few weeks back that in Nazareth, Pennsylvania, a Guinean high school soccer player from the Nazareth Area High School was subjected to chants of Ebola from opposing players on rival Northampton High School’s team. The Ebola chants and ridicule even left him in tears.  Northampton’s head and assistant coach have since resigned from their positions as a result of the incidence but unfortunately, disciplinary action against the heckling players still remains to be effected.

In another display of hysteria, a few parents in Mississippi were reported to have even pull their children from a middle school after discovering that the school’s principal returned from a trip in Zambia, a country which ironically happens to be nowhere close to the Ebola outbreak or affected regions.

Furthermore, Liberia’s immigrant population in Staten Island, New York, reportedly the largest Liberian community outside of Liberia, has also been a subject of ignorant discrimination because of the Ebola outbreak that has occurred back in their home country. One Liberian from the community was reported to have remarked “When they see you’re African, they’re kind of afraid to even shake your hands, you know, or talk with you or even come close to you,”

But such racial embarrassments, hysteria and discrimination has not just been akin to the United States of America. Even countries in Africa and other parts of the world have been reputed to have responded in like terms.

For instance, the Sierra Leone National football team were denied entry into Seychelles for a football match that was scheduled to take place between the two nations for fears that they might export the Ebola virus into the country.

In another episode, the same Sierra Leone football team also had to concede to play both of its matches in Cameroon because the Cameroonian national team did not agree to go to Sierra Leone for their return leg for fear of being contaminated with Ebola.

There are even calls from the slated host of the African Cup of Nations, Morocco, to postpone this year’s African Nations Cup or give to another host for fear of the Ebola virus spreading into their country.

Hajj Pilgrims from Sierra Leone were also not allowed to travel to Saudi Arabia this year to perform their Hajj ceremony in fears that they might spread the virus into the country.

More negative still, following the transporting of the Ebola to the US by Liberian Duncan, there are presently flagging and unconfirmed reports of a lot of abuses and hysteria going on in airports and border posts especially in the west nations by immigration authorities with regards their screening of Africans that are coming from Ebola affected countries and regions.

Some consular offices have even publicly expressed their positions with respect to the granting of visas and residence permits to citizens and countries that are affected by the disease. Countries like Rwanda, Kenya and South Africa have been reputed to be tough on these matters.

Today, a good number of flights have also suspended their operations indefinitely to and from these affected countries and regions. Britain, France, Kenya and The Gambia have fundamentally being guilty of this flight isolationism approach notwithstanding the debilitating economic consequences that is presently befalling the economies of these under-developed nations.

As genuine and justifiable some of these actions might be, it is important to emphasise the point that because of the exaggerations that usually characterise and underlie their enforcement, there is a high likelihood and probability for hysteria, ignorant discrimination and racism to be born out of these isolationist actions and policies.

President Obama and the CDC’s Director Tom Frieden, amidst immense pressure from Congress, have done their best to try and combat this sort of hysteria with cogent facts and arguments. President Obama in his Weekly White House addressed to the US public, has openly remarked:

“We don’t want to isolate parts of the world, or people who are not sick with the virus, because that’s going to drive patients with Ebola underground, and making it more difficult if not impossible to address the outbreak.”

Doctors without Borders, the leading Charity organization in the fight against Ebola has vehemently opinionated that ’’ a ban placed on Ebola affected countries and their peoples would not prevent Ebola from spreading’’.

WHO have also warned of the economic collapse that may engulf Ebola affected nations due to the suspension of flights to and from these countries. As an alternative and precautionary measure, the World Health Organization have openly called for states and airlines to be more robust on border and airport screenings and temperature monitoring’s respectively rather than practise isolationism to these countries.

This is the kind of message that the world needs to hear now especially as the Ebola virus continues to spread across frontiers. As justifiable and understandable as these fears might be, it is vital for people and states in safer regions to be rational in their response to peoples from Ebola affected regions and show a great deal of empathy and magnanimity towards their predicament situation.

Enforcing stereotypes against African peoples, making racist chants, discriminating against entire neighbourhoods, nations, regions, and isolating whole countries will only create unnecessary divisions and tensions in the world and further incentivise distrust and disunity around a global health problem that requires a unified response.

This is all the more reason why I have decided today to stand up and speak out here in the UK, adding my voice to the call of WHO, DOCTORS WITHOUT BORDERS, THE CDC and President OBAMA, in launching my campaign known as:

#EBOLA AFFECTED NATIONS – #Show us empathy not enmity# in a bid to change hearts and minds.

This campaign is a clarion call to the world community of peoples to show the affected Ebola communities and regions EMPATHY not ENMITY. It is a campaign that aims to see a total change in attitudes and response towards people that are affected with Ebola and also people living in countries and regions affected with the disease. In totality, the campaign fundamentally aims to achieve an outcome that is more rational and humane towards countries that are presently plagued with the virus.

‘’For it is only when nations around the world become a home to the homeless, a care to the affected and a love to the heartbroken that our humanity will finds true happiness and fulfilment.’’

Thank you and May God heal the world from this deadly scourge!

Let’s #Show Empathy and not Enmity#. God bless us all.

Rashid Dumbuya ESQ is an International Human Rights Lawyer and a practicing Barrister and Solicitor from the Republic of Sierra Leone.