Cleric Jailed For Disobeying Orders of the President 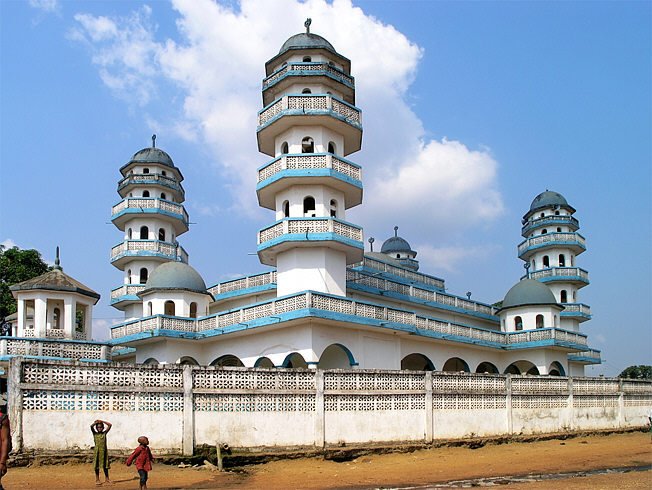 Cleric Jailed For Disobeying Orders of the President

As Sierra Leone fights it worst ever epidemic in history, the country has instituted robust measures in combating the dreadful Ebola Virus as stated by His Excellency the President of the republic of Sierra Leone Dr. Ernest Bai Koroma that extraordinary problems require extraordinary measures; among these measures are the implementation of the public health state of emergency, quarantine all Ebola epicenters, and the latest stringent measure proclaimed by the president was a three day sit at home that saw Muslims not attending Friday congregation prayer for the first time in the country’s history and same applied to Sunday congregational prayers.

The three day sit at home, an extraordinary measure in combating the Ebola menace had spiritual effect on Sierra Leoneans more so clerics who found it difficult to boycott congregational Prayers had themselves brought to book for disobeying the orders of His Excellency Dr. Ernest Bai Koroma the president of Sierra Leone to stay at home on Friday 19th to Sunday 21st September.

Police had course to effect arrest on those citizens who contravened the orders of His Excellency; one such arrest was made in Lower Bambara Chiefdom in the Kenema District. In Tongo Fields, Torkpombu II Section the head Imam of the Torkpombu II Section Mosque was arrested on the 19th September 2014 offering Friday Juma Prayer.

The Imam was charged to court on one count of incitement, he was arraigned on September 29th 2014 before Magistrate Alhaji Sheku Koroma at the Magistrate court in Kenema for inciting the Tongo Fields Community to dare the orders of the President.

Imam Habib Desmond Quee stood trial for Incitement contrary to law, the police prosecutor assistant superintendent, Sahr Didi Lahai, stated in court that the accused on Friday September 19th 2014 at Torkpombu II Section incited the Tongo Fields Community to offer Friday Muslim Prayer in a way to disobey the orders of His Excellency the President of Sierra Leone to observed the three days stay at home. The accused was found guilty by the court and sentenced to two years imprisonment or pay an alternative government fine of two hundred thousand Leones.

As the case load of Ebola virus cu...