Homepages
Your trusted place for Sierra Leone and global news
Trending News
HomeFeaturedCan Africa move away from aid to trade? Carlos Lopes, the Executive Secretary of the Economic Commission for Africa answers

Can Africa move away from aid to trade? Carlos Lopes, the Executive Secretary of the Economic Commission for Africa answers 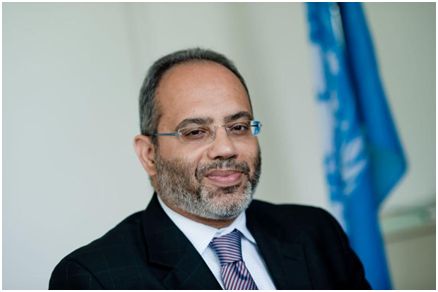 Can Africa move away from aid to trade? Carlos Lopes, the Executive Secretary of the Economic Commission for Africa answers

What should it do to attract more private equity and how can it convert the illicit financial flows to funds for domestic resource mobilization, climate change and conflict resolution – these are pertinent issues which affect the long term development of the African economies. Financing developmental efforts in Africa has proved difficult in the past. Overreliance on overseas development assistance (ODA) was seen as the solution. Now we know better. (Photo: Carlos Lopes, Executive Secretary of the ECA)

Lessons learned from the Millennium Development Goals (MDGs) have prompted a fresh wave of thinking. Africa needs a transformative developmental framework. However, a structural transformation agenda will require an adequate, predictable, sustainable and integrated financing mechanism geared towards financing developmental goals. Also, the continent must embark on reforms to capture currently unexplored or poorly managed resources. This includes curtailing illicit financial flows and rather transforming those funds into a powerful tool for enhancing domestic resource mobilization, as a way of furthering the continent’s development.

According to recent studies, from 1970 to 2008, Africa lost $854 billion to $1.8 trillion in illicit financial flows. The latest progress report of the High-level Panel on Illicit Financial Flows, where I deputize for President Mbeki, revealed that the annual average was between $50 billion and $148 billion a year (ECA, 2013). Commercial money such as tax evasion and trade and services mispricing through multinational companies, constitute the largest component followed by proceeds from criminal activities and public sector corruption.

This loss undermines revenue generation and reduces the benefits from economic activities, particularly in the extractive sector. It is possible to redirect IIFs to increase domestic resource mobilization, finance the adaptation costs of climate change, and tackle conflicts in the region.

IFFs undermine Africa’s fiscal and policy space and deny its financial systems and Governments the opportunity to use domestic resource mobilization schemes. Tax evasion is a significant component of illicit financial flows as is aggressive tax avoidance and trade mispricing. Other means are unequal agreements and contracts by which resources are transferred from Africa. Examples include poorly negotiated resource extraction contracts, investment and double taxation agreements. For example some multinational companies take advantage of different double taxation treaties to shift profits from one country to another, exploiting the treaties with the lowest withholding tax rates.

Understanding illicit financial flows and conflict in Africa Illicit financial flows pose a threat to the stability and security undermine institutions and democracy, and jeopardize sustainable development and the rule of law. Many of the violent conflicts in the forest regions of Africa are tied to “lootable”commodities such as precious metals and rough diamonds that can be used to fuel conflict. Revenue from forestry are used by belligerents to purchase arms and other materials.

Clearly, to deal with the problems of conflict in Africa, it is imperative to curtail illicit financial flows and fight corruption and the institution of tax havens. Better taxation provide additional revenue to fund Government budgets. In line with this, Africa needs strong findings on mechanisms, strategies, and peer research to distinctly show the impacts of illicit financial flows on the different sectors of economic activity. Indeed, curtailing illicit financial flows could become a key delivery mechanism for sustainable development.

Concerted efforts by countries of origin and destination are needed. The legal and financial approach must be transparent and the international asset recovery regime integrated, in an effort to curb these outflows and unlock the much-needed resources.

The better use of ODA nowadays should be to create the support mechanisms that would allow Africans to benefit from their own wealth, rather than providing aid.

Carlos Lopes is a Bissau-Guinean development economist, author, educator and civil servant. The Executive Director of the United Nations Institute for Training and Research (UNITAR) since March 2007 and Executive Secretary of the Economic Commission for Africa since September 2012, he has previously served the United Nations as Director for Political Affairs (2005 to 2007) in the Executive Office of the UN Secretary-General and Director of the United Nations System Staff College (March 2007 to August 2012). An international educator, Lopes serves or advises the boards of the Bonn International Center for Conversion, Geneva Graduate Institute of International and Development Studies, ISCTE – Lisbon University Institute, Instituto Ethos, Kofi Annan Foundation and the UNESCO International Institute for Educational Planning. He advises or serves on the editorial boards of the journals Géopolitique Africaine, African Sociological Review, and African Identities. He is also a member of the King Baudouin International Development Prize Selection Committee.

State of Israel to send in doctors...