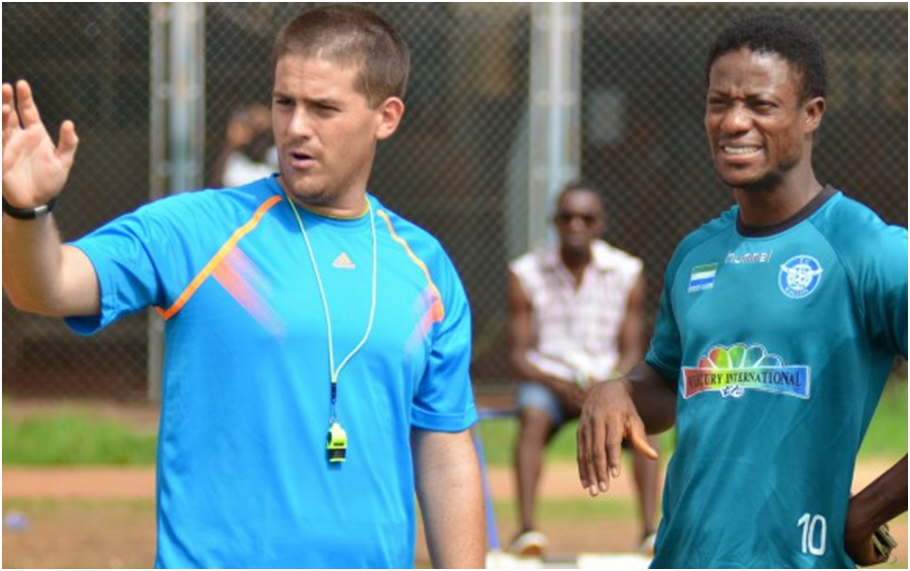 The decision to fire the coach that lead Sierra Leone to the highest FIFA Coca Cola World Ranking came as a shock after a series of social media rumours, at 4pm Wednesday 17 September, 2014 Coach McKinstry received an emailed letter from the Ministry of Sports advising that his contract had been terminated.

Coach McKinstry has arguably been the one of most successful coaches of the Leone Stars in recent times, only last month steering them to a Top 50 place in the FIFA World Rankings for the first time ever, and 7th in Africa – collectively their highest ever FIFA and CAF rankings, and well above their lowest ever ranking of 172nd in 2007.

The decision to dispense with Coach McKinstry’s services comes on the back of failing to secure wins against Cote d’Ivoire and DR Congo in the AFCON qualifiers last week.   It is however widely known that preparations for these games have been far from ideal, with travel arrangements being such that players were only arriving in each country 24 hours before games.

“It is obviously very disappointing and frustrating news, especially as logistics are outside of my control. I have repeatedly been clear with the Ministry of Sports and SLFA for a number of months now on the critical importance of proper preparation time if we were to progress in the African Cup of Nations, even more so when it was announced that we were drawn against giants such as Cote d’Ivoire and Cameroon.”

“Following the difficulties last week, I had requested urgent meetings with SLFA and the Ministry of Sports this week to again ask them to try to rectify the situation with regards to preparation time before the upcoming Cameroon games, as it is simply not acceptable for a Top 50 international team to be arriving in a country 24 hours before a game.”

In recent games, training camps have been impacted due to travel and logistic issues, meaning that players were not arriving in country in good time.

Coach McKinstry was also required to drop two players at the airport due to lack of seat availability on flights.

Meanwhile, his replacement is yet to be announced, FSL News will be contacting SLFA for their reaction on the recent development.