The donation is aimed at complementing the efforts of the Government of Sierra Leone and it partners in their response to fight against the deadly Ebola virus that has infected and killed many people across the country.

Alusine Jalloh, the Country manager of Cluff Gold, before presenting the donation, compared Sierra Leone to an aircraft that was parked at the tarmac waiting for an able pilot to fly it to the Promised Land.

President Koroma was this long awaited pilot that had taxied Sierra Leone and was climbing towards cruise altitude when they hit turbulence. Under the hand of any ordinary pilot the plane would have crashed.

It is expected that under the leadership of President Koroma this plane (Sierra Leone) will be stabilized and will soon start climbing to its cruise altitude. Mr. Jalloh stated that Sierra Leone was indeed climbing up the ladder of prosperity when it was hit by the Ebola virus.

He assured the President that Cluff Gold was with the government and people of the country at every step of the way till Ebola is totally kicked out of Sierra Leone.

After receiving the donation President Koroma expressed profound thanks and appreciation to Mr. Jalloh and his Board of Directors at Cluff Gold Sierra Leone and Amara Mining plc.

The President said he was not surprised at the donation from Cluff Gold as the company has always identified itself with national issues.

He was also hopeful that Ebola would soon be a thing of the past and that all must work to eradicate it as it has the tendency to demolish the country.

The President received the cheque of Le40 million and keys to the Toyota Land Cruiser from the Minister of Mines and Mineral Resources, Hon. Minkailu Mansaray.

The President later handed over the donation to Prof Monty Jones, Special Adviser to the President and ambassador for onward transmission to the Ministry of Health and Sanitation.

Prof Monty Jones and Mr. Jalloh inspected the vehicle prior to handing over to the Ministry of Health and Sanitation.

Mr. Jalloh was accompanied to State house by the minister of Mines and his team and representatives of the Sierra Leone Chamber of Mines. 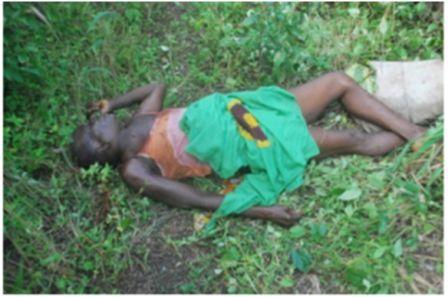