I had just dispatched my piece on the Health Workersâ€™ strike last Saturday when to my utter dismay I heard that press release from State House giving an ultimatum to the striking health workers to return to work on Monday March 29, OR ELSE! I exclaimed loudly but to no one in particular, â€œMy goodness, how unfortunate!â€Â  It was not only unfortunate, but ill-conceived and most unhelpful in such a situation. What did those who gave such advice to the President think they were doing? What do they hope to achieve if the doctors continue to be recalcitrant and refuse to go back to work? Would those specially trained people be replaced overnight? Have we enough retired and willing doctors, nurses, and laboratory technicians etc., to replace them?

To aggravate the situation, some people have attempted to introduce cheap and vulgar politics into the matter. Is Professor Gevao a strike leader or John Benjamin the national chairman of the opposition SLPP a health worker? Are they advising the striking workers? Where else does the opposition jump into negotiations between a government and its employees, whether in or out of Africa? What was to be Charles Margaiâ€™s role was it as a partner to this government? It continues to beat my understanding how people who claim to be knowledgeable about such matters can so blatantly deceive the public by diverting attention from the issues at stake. It was absolutely unnecessary to have their photographs in the papers

It takes six years to train a full fledged doctor; our College of Medicine and Allied Health Sciences COMAHS, turns out doctors who are not only internationally qualified, but in great demand abroad. It is for this reason that the profession is one of those where the brain drain is prominent. That notwithstanding we have flatterers who are gloating over the Presidentâ€™s ill advice to sack them unless they go back to work at once. These people fail to realize that the lot we are dealing with consists of many who have refused the temptation of going in search of greener pasture and yet all our unappreciative people do is to make flippant statements in the hope of pleasing his Excellency.

Like many editorial comments and columnists who care more for this country than our eminent praise singers, I acknowledge that the doctors and nurses have a strong case. Even their course and training is rigorous as they must apply themselves through out. Â I cannot even say to them that I went through the same experience, because those of my generation and immediately after enjoyed privileges that our young doctors today could not imagine no matter how hard they tried. But even we found many of our conditions of service unsatisfactory. Having said that I would like to remind my younger colleagues that there are other equally essential services like teaching, the administration of justice etc., which deserve much better conditions than that under which they presently work. It is amazing what the take-home pay is for those people. BUT THIS COUNTRY CANNOT AT THIS MOMENT IN TIME AFFORD THE SALARIES THAT THEY AND OTHERS NEED TO LIVE COMFORTABLY.

If it is true that the government has offered a one hundred percent salary increase across the board in April then I would urge them sincerely and with all my persuasive ability to return to work. Following that they could then continue negotiations on their conditionsÂ  of service, Â such as working hours, clothing at work, leave etc.

Of equal importance I would urge them to pay no attention to those hypocrites whose only objective is to write and say what they would like Ernest to hear rather than what he ought to. Please remember your patients whose welfare deserves your primary attention and loyalty. Do not be needled by reckless and irresponsible statements like you having no right to withhold your labour, or that your strike is politically motivated.Â 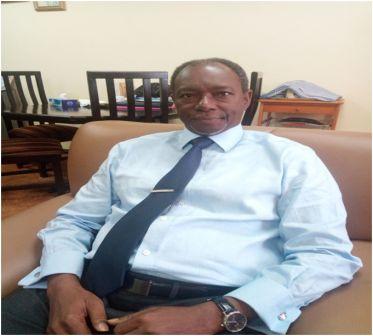 As they threaten to Resume Strike Action...