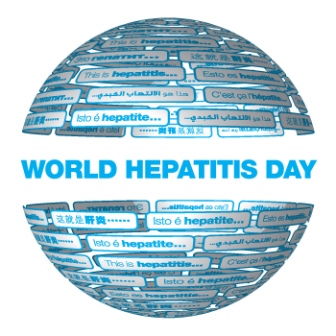 For the first time in the next eight days Sierra Leone will be joining the rest of the world to observe World Hepatitis Day (WHD) July 28th 2014.

This was made public during a press conference held at AWOL Secretariat Pademba Road in Freetown on July 16th 2014 organized by National Alliance for Hepatitis Sierra Leone (NAH-SL) on the theme “Think Again”.

In his submission, the Administrative Manager of NAH-SL a fourth year Student at College of Medicine and Allied Health Sciences (COMAHS) John Smith, proclaimed that NAH-SL believe it is time to think again because viral hepatitis is a highly infectious disease that kills 1.5 million people globally every year and therefore, he re-echoed it of great concern to all adding that the disease has claimed many lives of people all over the world and Sierra Leone is not an exemption.

He furthered that, according to the Global Alliance for Hepatitis report, in 2013, 61% WHO member states observed the day and events took place in 47% African Region countries.

He revealed that Sierra Leone has a nascent Hepatitis epidemic and there is paucity of research data and public awareness about the infection. In fact he said that was the reason NAH-SL, was established to give constant and fair approach to the effective prevention  and comprehensive management of hepatitis among people and their families in Sierra Leone.

Taking the podium, a Medical Laboratory Scientific Officer at Connaught hospital Salieu Kamara raised that Hepatitis is threatening Sierra Leone and it can kill faster than even HIV/AIDS having the big name. He therefore emphasized on the need to pay great attention to eliminate the deadly virus and he described the disease as communicable and it can be contacted through body fluid including blood, sexual discharge, sweat, saliva among the hosts. He pointed out that when the virus is out off a living cell it forms a cyst and when it access a living cell it transmit quickly and easily.

He admonished on the important to have sterilizing materials in barbing centers as it is done in Ghana. He also mentioned the issue of tattooing as a means through which the virus can be transferred, adding that as health workers they use Personal Protective Equipment.

On the signs and symptoms he said the patient may experience intermittent fever at night, general body weakness, dark spot rashes on the skin, eyes became yellowish and spot may develop on the head.