The Week Behind Us

The Week Behind Us

The week ended on a sad note. Most people had hoped that the Presidentâ€™s direct intervention would have poured oil on the troubled waters of the doctors and nurses strike. All would agree that the doctors and nurses have a very strong case; on the other hand unlike members of other professions, theirs is an essential service and they are dealing with life and death. We have seen the very negative effect of the strike action on patients during the last two weeks. By being intransigent my younger colleagues have not followed the path of wisdomÂ by giving a defiant response to the Presidentâ€™s intervention. If I was theÂ strike leader I would have said to my colleagues, â€œLadies and gentlemen, we have made our point; the President has given an undertaking that there is a package on the way for us. Out of reverence for him, and in the interest of our patients, we should call off our strike now. If come April 27 we do not get a satisfactory deal, we could reconsider our options.â€ Â It wonâ€™t be a popular speech; the more radical members will refer to it as a sellout. But Â a leader should also guide. There is the expression that â€œif you want to lead the orchestra you must give your back to the audience.â€ In any industrial action, one must strive to have the public on oneâ€™s side. I hope that by the time this piece is read, common sense would have prevailed and that the strike would have been called off.

Let me repeat what has become anathema to the pro APC lobby. It is hypocritical and unhelpful to the President to go flattering him when the reality is staringÂ all in the face. One example is those who continually cry that the SLPP was kicked out of office because it failed the people; that President Ernest Bai Koroma had inherited a battered economy. In the first place we were not kicked out of office; we were cheated onÂ the results, Period. In the second place we have continued to educate such uninformed with facts and figures that WE LEFT A HANDSOME AMOUNT IN THE VAULT AND A VERY HEALTHY FOREIGN RESERVE. In July 2006, barely a year to the 2007 Presidential and Parliamentary elections the erstwhile Managing Director of the World Bank, Paul Wolfowitz visited Sierra Leone. Among other things he had this to say at a news conference. â€œ One of the most successful of what we call post-conflict countries- those countries that have emerged from war and Â conflict. One of the things we measure in the performance of countries, are the particulars in the area of governance and delivering Â aid and services to their people and the country has a performance rating that is among the best post-conflict countries in Africa.â€ Never mind their loose talk of a battered economy,

So the news IS TRUE, Steve Mattia who gained notoriety in the local government council elections in 2004 and even worse in the general elections of 2007 is the APCâ€™s (aided and abated by a dying PMDC)Â  new Election Commissioner. Christiana Thorpe now has an ally at her elbow. In i991 when President Joseph Saidu Momoh announced that the country would be returning to multiparty democracy I said in my statement, â€œMr. President, I must tell you that your popularity had dropped to an all time low. But with this announcement I assure you with confidence that it will begin to climb again.â€ Immediately after that the party began to lay the ground for riggingÂ the 1992 election by putting its own people in the Elections office. Here we are again, with the party laying the foundations for 2012. Ha ha (apologies to Peep)

The Bank of Sierra Leone has announced the introduction of a new set of currency notes in the very near future.Â The Bank knows best, but as a layman with no qualification in economics, here is my innocent question for the Governor.Â We already have double digit inflation; our exports have not balanced our imports. In the midst of such a situation, would putting new notes on top of the old ones, would we not have a runaway inflation before the old notes are withdrawn?

Friday’s Mamei Salone en pikin says that from the time of Sir Milton on to Tejan-Kabbah and with the exception of Joseph Saidu Momoh, the Mendes had killed all the Temnes until the arrival of Ernest Bai Koroma. that in the 1898 rebellion it was the Mendes who massacred all the missionaries and the members of other tribes while Bai Bureh only massacred the missionaries. Your Excellency, this Paul Kamara who is on a desperate campaign for you to nominate him as chairman of the Youth Commission. God help mama Salone.Â

Fisheries Policies Still To Be Enf... 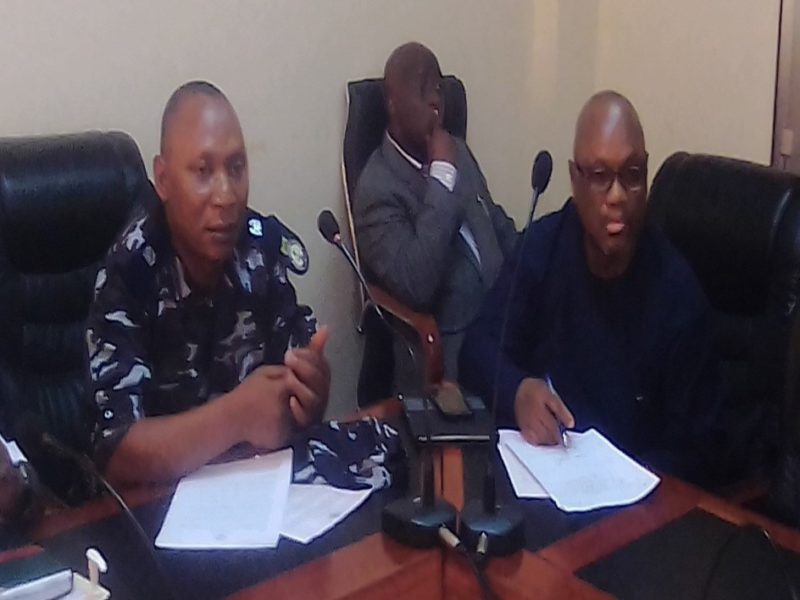