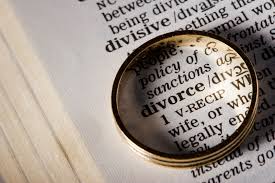 Marriage, as prescribed by Allaah, is the lawful union of a man and woman based on mutual consent. Ideally, the purpose of marriage is to foster a state of tranquillity, love and compassion in Islam, but this is not always the case. Islam discourages divorce but, unlike some religions, does make provisions for divorce by either party.

Allaah provides general guidelines for the process of divorce with emphasis on both parties upholding the values of justice and kindness in formalising the end to their marriage (see [Qur’an 2: 224-237] for general guidelines regarding divorce).

Allaah encourages the husband and wife to appoint arbitrators as the first step to aid in reconciliation in the process of divorce. If the reconciliation step fails, both the man and woman are guaranteed the right to divorce as established in the Qur’an, but the difference lies in the procedure for each one. When a divorce is initiated by the man, it is known as Thalaaq.

The pronouncement by the husband may be verbal or written, but once made, there is to be a waiting period of three months (eddah) during which there can be no sexual relations, even though the two are living under the same roof.

The divorce initiated by the wife is known as Khulu’u (if the husband is not at fault) and requires that the wife return her dowry to end the marriage because she is the ‘contract-breaker’. In the instance of Thalaaq, where the husband is the ‘contract-breaker’, he must pay the dowry in full in cases where all or part of it was deferred, or allow the wife to keep all of it if she has already been given it in full.

In the case that the husband is at fault and the woman is interested in divorce, she can petition a judge for divorce, with cause. She would be required to offer proof that her husband had not fulfilled his marital responsibilities. If the woman had specified certain conditions that are islamically accepted in her marriage contract, which were not met by the husband, she could obtain a conditional divorce.

The controversy regarding the seeming inequity in divorce lies in the idea that men seem to have absolute power in obtaining a divorce. The interpretation of scholars in the past has been that if the man initiates the divorce, then the reconciliation step for appointing an arbiter from both sides is omitted. This understanding diverges from the Qur’anic injunction. Any difference in powers between the husband and his wife with regard to divorce can be extracted from the following verse (which means): {…And due to them [i.e., the wives] is similar to what is expected of them, according to what is reasonable. But the men have a degree over them [in responsibility and authority]. And Allaah is Exalted in Might and Wise.} [Quran: 2:228]

In the following verse, according to existing interpretations, Allaah gives the reason for the small difference in the verse (which means): {Men are in charge of women by [right of] what [qualities] Allaah has given one over the other and what they spend [in support] from their wealth. So righteous women are devoutly obedient, guarding in [the husband’s] absence what Allaah would have them guard.} [Quran: 4:34]

Thus, it is clear that there is a ‘degree’ of difference with regards to the rights of men and women in divorce, and that the greater right that men were given is due to their being the leaders and financial supporters of the household. This, however, does not mean that women are inferior to men or that they are second-class human beings.

Many of the laws regarding divorce in some Muslim countries are based upon Qur’anic references on the subject. As with all human laws, they must adapt to dynamic circumstances. Issues pertaining to custody have become controversial. For example, Allaah in the Qur’an advises the husband and wife to consult each other in a fair manner regarding their children’s future after divorce, as this verse states (which means): {…If they both desire weaning through mutual consent from both of them and consultation, there is no blame upon either of them.} [Quran: 2:233]

Some jurists stipulate that custody of the child is awarded to the mother if the child is under a certain age and to the father if the child is older. There is no Qur’anic evidence of age being a determinant for custody. Similarly with regard to the issue of alimony, in the Quran the ex-husband’s financial obligation to his ex-wife is mandated, but a specific formula for the amount of support is missing; Allaah Says (what means): {And for divorced women is maintenance according to what is acceptable – a duty on the righteous.} [Qur’an 2:241] This is open for negotiation between parties and should be in accordance with the husband’s financial ability.

There has been much distortion and propagation of misunderstanding about a woman’s rights related to marriage and divorce. Only with self-education and awareness of the Qur’anic text are men and women able to learn the truth that Allaah has prescribed and understand the scholarly interpretations in order that the spirit of justice is realised. Allaah Says (what means): {And when you divorce women and they fulfil their term [of their ‘Eddah], either keep them according to reasonable terms or release them according to reasonable terms, and do not keep them, intending harm, to transgress [against them]. And whoever does that has certainly wronged himself. And do not take the verses of Allaah in jest. And remember the favour of Allaah upon you and what has been revealed to you of the Book [i.e., the Quran] and wisdom [i.e., the Prophet’s Sunnah] by which He instructs you. And fear Allaah and know that Allaah is Knowing of all things.} [Quran 2:231].