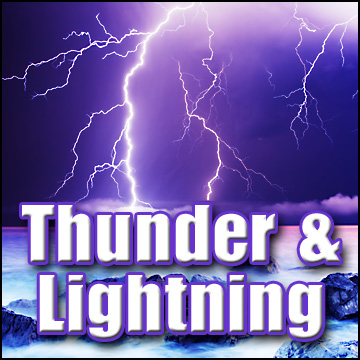 Thunderstorm calamities characterize the rainy season in Sierra Leone, particularly in the provinces.  Every wet season, the dreaded thunderstorm claims many lives and properties; thunder strikes to death several people and the attendant windstorm blows away roofs and damages houses and other properties.

Not long ago, a terrific thunderstorm swept through Bo City leaving many families in tears when thunder struck to death their loved ones and the wind blew away their shacks. An estimated 11 people died and several houses collapsed. The catastrophe alarmed the whole city. Many people in the city were mystified by the hailstones that descended the city on that fateful day.

Many other areas in the provinces have often been suffering from similar storm disasters usually during the rains.  Many Sierra Leoneans in both the urban and rural areas are not very much aware of the ways to avoid risks when there is thunderstorm.

One of the victims of the Bo thunder disaster was walking in thunder and lightning, the lightening hit him and burnt him alive when he was about to receive a call. The other victim who died at the Mogbongohun market was hit by a giant tree which the storm uprooted.