Homepages
Your trusted place for Sierra Leone and global news
Trending News
HomeFeatured“What has gone wrong with your SLPP Doc?”

“What has gone wrong with your SLPP Doc?”

“What has gone wrong with your SLPP Doc?”

John Drinkwater’s Abraham Lincoln was one of our set English Literature Text Books when I sat to the Junior Cambridge Certificate examination from the Bo School back in 1946. Two women were with President Lincoln. One of them whose son had died in the civil war was protesting to President Lincoln about the evils of war and of the particular war. The other woman can rightly be compared with today’s sycophants and bootlickers who hover around President Ernest Bai Koroma. They specialize in telling his Excellency what they perceive he would like to hear or what they would like him to hear rather than what the President MUST hear. She was extolling the Presidents stand on the war and talked about how everyone ought to make sacrifices for the country. President Lincoln quickly saw through the façade of her hypocrisy and told the woman outright that although he did not agree with the first woman yet he respected her position particularly as one who had lost a son in battle. And the President turned to her and said the following words, “There are times when no one may speak; I grieve for you madam, I grieve for you.”

Following the disgustingly shameful and embarrassing display on public radio by the leadership of the opposition Sierra Leone Peoples party in which accusations and invectives were thrown at each other, a friend of mine who is a non political party member called me the following morning and asked, “Sama, what has gone wrong with your SLPP party? What utter shameful exhibition was on the airwaves last evening?” Although I knew what was coming when I recognized my friend’s cell phone number, I was still knocked out by his question? “What has gone wrong, and why is all this happening, beginning from 2011 right through your 2012 Parliamentary and Presidential campaign.” And then typical of him he added with a touch of humour which even coming from him I saw more as a rebuke. “E tan lek den do wuna” (It appears as if you people have been bewitched or fallen victim of some magical power.) My friend had always appreciated my quick and in his words witty response to some of his needling statements but this time there was silence at my end of the phone for what may have seemed like hours. And then I responded in the words of Lincoln, “ My friend, there are times when no one may speak.”

The party’s Legal team had just returned from the courts that morning where the Supreme Court had overruled their initial legal objection to the summons of Ambassador Alie Bangura and his colleagues. The matter of the injunction placed on the SLPP Parliamentarians not to boot out their minority leader was adjourned for another ten days. Someday I shall ask a legal expert to educate me on the purpose and duration of court injunctions. But there they were, the elected Chairman and leader of the party on the one hand and his deputy on the other tearing each other apart on radio. Only two weeks previously Dr. Alpha Wurie’s team had met with the chairman and leader and his colleagues on the executive committee to iron out some of the problems that had arisen among them. Unfortunately the deputy chairman and leader as well as the western regional chairman were absent at the meeting. That notwithstanding we left with the feeling that we had dealt effectively with the problems. And then only to hear those people on radio tearing each other apart again. My wife had called my attention that evening when one of them was on air but I refused to even listen. I thought it was disgraceful. There is an appropriate English expression which refers to “Washing ones’ dirty linen at home.” Both the APC and the Alie Bangura team must be cock-a-hoop over the incident, but in my opinion the Ambassador and his colleagues have contributed as much to the current situation as the warring executive committee members. Once again I shall attempt to walk in “Where Angels fear to tread” and say why. But for now I would admonish all supporters and lovers of our party especially the rank and file who are baffled by it all to stay calm and to have faith. Yes Things may appear to have fallen apart but I am confident that out of this apparent confusion a stronger, more united and vibrant SLPP would emerge.

ACC schools the private schools in... 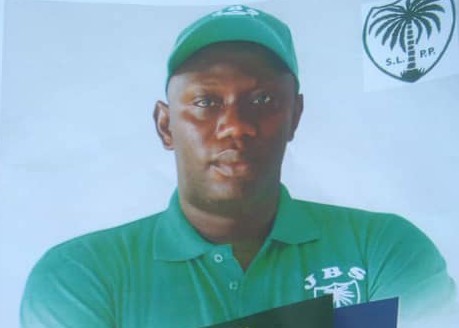