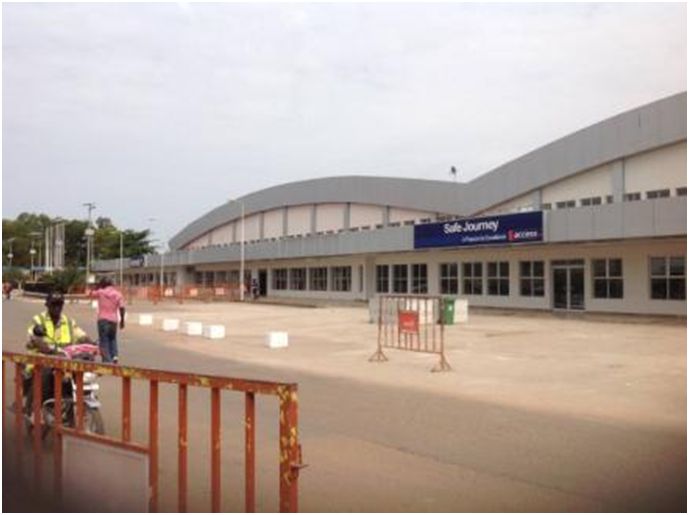 The Minister of Transport and Aviation, Mr. Leonard Balogun Koroma, aka Logus, has debunked the British Broadcasting Corporation (BBC) reporter in Sierra Leone, Umaru Fofanah for broadcasting an erroneous report about the Freetown International Airport at Lungi which he described as “mischievous, unpatriotic and irresponsible.”

Leonard Balogun Koroma enlightened that the Freetown International Airport at Lungi, the sole port of entry by air into the country, has a long history disclosing that the biggest challenge facing the Ministry is the link between the airport and the city of Freetown as the traditional route has since time immemorial been to cross the Rokel River or circumvent via Port Loko to Freetown adding that the airport infrastructure and the operational equipment have in the past caused numerous problems and even disasters.

He added, “in the past, we had as alternatives the Hastings, Waterloo, Mayamgba/Magburaka, Kabala, Yengema, Gbangbatoke, Bo and Bonthe airfields among others but today, none of them is operational.”

He further stated that Umaru Fofanah’s report that the international airport has grounded all flights due to one faulty fire engine for which he blamed Government for negligence was unfortunate and continued, “it will be good if Umaru Fofanah listens to the late Bob Marley’s song which says if you know your history, you will know where you are coming from. It is the same Mr. Fofanah who in 2013 reported that over 100 people died at Targrin when it was 29 people who lost their lives in a boat incident.”

According to Leonard Koroma, “today, the airport is still operational and flights continue in and out of the country. Furthermore, the two fire engine vehicles with registration numbers AER 502 and ADB 530 were not mentioned in Mr. Fofanah’s report. The International Civil Aviation Organization (ICAO) dropped in a safety check after a long time. Unfortunately, one of the fire engines was faulty at the time of their arrival. The required mandate of the airport is to drop the safety level to category 5 which is a concern to most people.

He further stated that the Airport Authority and the National Fire Force resolved the issue as the airport was not spared from the decade long war.

He further highlighted, “we know what happened when the helicopter with Togolese players crashed at the airport because the alternative road through Port Loko was so bad and the ferries were in a deplorable condition. In an attempt to address these problems, Government plans to undertake the following: rebranding the airport facility, provision of the lighting system and water supply, rehabilitation of equipment, construction of the Lungi/Port Loko Road, procurement of three ferries and provision of a hovercraft.

He added that other plans are rehabilitation of ferry terminals, reforming the Ministry and extending bilateral agreements for big airline companies such as Delta in the U.S.A and Air France to operate in the country.

Various stakeholders have lauded the Minister and General Manager of the airport, John Sesay for the rapid transformation.

The Minister further articulated that the airport has not only met the aviation standards for Category 7 but would soon catapult to Category 9 as plans are underway to complete the procurement of additional safety equipment thus bringing the number of firefighting vehicles to five after maintenance on the current facilities would have been completed and went on to reveal that two firefighting vehicles were in working condition while the other vehicle, ABD 573, was on maintenance and that enough foam has been stockpiled at the airport to enhance its operations.

The Transport and Aviation Minister and the Chairman of the National Commission for Privatization (NCP), Dr. Michael Kargbo visited France during the period under review to conclude arrangements for the procurement of another fire engine for the airport but on their return, they were shocked to learn that ICAO had downgraded the airport.

Due to the mischievous and falsehood article, the President instructed the Minister, the NCP boss and the Management of the airport to bring the airport back to Category 7. The Minister concluded that Government has also initiated the construction of an international airport at Mile 38 in the Port Loko District to ease the transpiration problem from the Lungi airfield to the city in addition to constructing the Lungi Bridge and admonished media practitioners to be objective and crosscheck their facts before going public.