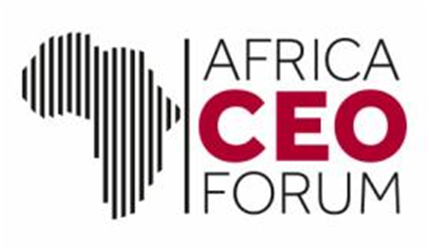 From the competitiveness of African businesses to the digital revolution, taking into consideration the specific questions of processing the continent’s natural resources, and facilitating financial integration in Africa, the forum addressed numerous issues.

Three lessons can be drawn from the Africa CEO Forum 2014:

The Africa CEO Forum also gave the organizers a chance to honour the companies and investors whose strategies are proof of their determination to be part of the African growth dynamic. The aim of this initiative was to encourage the creation of competitive African enterprises. In addition to commitment and outcomes, four key areas were taken into account: promoting the African private sector, strengthening regional integration, developing intra-African exchanges, and social and environmental responsibility.

There were two particular high points during prize-giving:

Next CEO Forum to be held in Africa

During the forum closing ceremony, warm thanks were given to this year’s participating private sector companies by both Amir Ben Yahmed, Director General of GroupeJeuneAfrique and Chairman of the Africa CEO Forum, and Mouhamadou Niang, Acting Director of the AfDB’s Private Sector Department. The companies were told to save the date for the third meeting, in Africa!

“It was important to hold the first two meetings outside of Africa, to make African capitalism visible to investors around the world. It was also necessary to find a meeting place that could mobilize anglophone and francophone Africa, along with the international mass media. Now that we have a brand, a reputation, we will organize the third meeting in Africa,”said Ben Yahmed.

Speaking on behalf of AfDB President, Donald Kaberuka, Mouhamadou Niang stressed that “there was a positive atmosphere and spirit during the discussions,which were serious, useful and of very high quality.What we will take away from this meeting is that African business must have faith in its enormous abilities while remaining realistic about the constraints it has to face.”

Niang explained that the AfDB strategy regarding the private sector will put special emphasis on several elements, including support for States, and particularly their investment-promoting agencies, in order to make them effective partners for private enterprise, especially within the PPP framework. Another priority will be processing natural resources, with attention all along the value chain, SMEs included. In addition, the AfDB will support professional training in order to improve the correlation between supply and demand for productive skills, along with education in general.

Distributed by African Media Agency (AMA) on behalf of the Africa CEO Forum.

A tribute poem for late President...