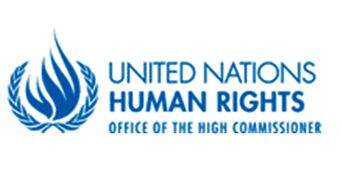 GENEVA ( 12 February 2014) – Sierra Leone’s record on women’s rights will be examined by the UN Committee on the Elimination of All Forms of Discrimination against Women (CEDAW) on Wednesday 19 February in meetings that will be webcast live.

Sierra Leone is one of the 187 States parties to the Convention on the Elimination of All Forms of Discrimination against Women and is required to submit regular reports to the Committee of 23 independent experts on how it is implementing the Convention.

The Committee will engage in a dialogue with the delegation from the Sierra Leonean Government on questions relating to the promotion and protection of women’s rights in the country, and will also hear from NGO representatives.

Among the issues likely to be discussed are: women’s access to justice; pending affirmative action bill; female genital mutilation; rehabilitation and reintegration of women and girls who were victims of war; measures to enhance women’s participation in peace building and reconstruction; measures to provide educational and economic alternatives to prostitution; vulnerable situation of women in the informal employment sector.

The session will begin at 10:00 Geneva time (09:00 in Freetown) in Palais des Nations, Conference Room XVII.  The live webcast of the session can be viewed on http://www.treatybodywebcast.org/.

Sierra Leone’s report and a full list of issues that are likely to come up can be found here: http://tbinternet.ohchr.org/_layouts/treatybodyexternal/SessionDetails1.aspx?SessionID=813&Lang=en

CEDAW will hold a press conference at Palais des Nations  on 28 February at 13.15 to discuss its concluding observations on Sierra Leone and the other countries being reviewed:  Bahrain, Cameroon, Qatar, Iraq, Kazakhstan and Finland.

The concluding observations will be published on 28 February here: