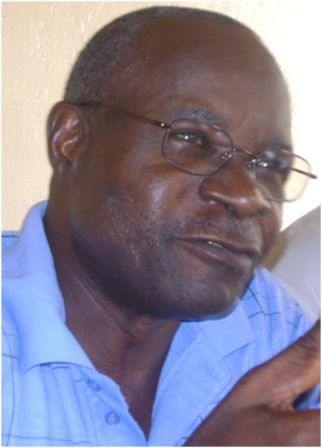 The Conservation Society of Sierra Leone (CSSL) was established in September 1986 with the mandate of preserving wildlife and natural species in the country and since its establishment, the organization has worked with Government, local and international partners to ensure that the country’s natural resources are protected.  (Photo:  CSSL Executive Director, Dr.  Sama Mundeh)

CSSL Executive Director, Dr. Sama Mondeh stated that over the years, hundreds of millions of birds have been migrating from Europe during winter to Africa where they nest, breed, feed and later return to their various destinations in the summer.

Dr. Sama Mondeh strongly believes that human action is destroying the activities of species and their habitats and since they have linkages with partners across the globe, the society has deemed it necessary to contribute immensely towards the protection of thousands of species of birds migrating to Sierra Leone.

He disclosed that this year’s migrating bird count costs €4,500 and commended Government for providing the legal framework to protect the environment.

He added, “Government has the political will to conserve the environment for which CSSL is collaboratively working with the Ministry of Agriculture, Forestry and Food Security and the Environmental Protection Agency (EPA) among others, to enhance the conservation of the country’s natural resources.”

CSSL Biodiversity Officer, Papanie Bai Sesay said that he has learnt a lot of skills from the three experts that include David Paynter, Chas Holt and Richard Hearn from the United Kingdom who arrived in the country to trace migrating birds and also empower Sierra Leoneans with the necessary skills on the preservation and importance of birds.

He further disclosed that the team completed its two-week mission and left the country over the past weekend disclosing, “even though the resources are limited for this year’s migrating bird count, yet we copped with the exercise.”

Papanie Bai Sesay further stated that policy implementation is a problem in the country observing that plans are underway to review the law, especially penalties for defaulters although he admitted that sensitization campaigns are minimal due to the lack of funds underscoring, “it is the business of every Sierra Leonean to conserve our natural resources.”

He also revealed that they discovered ten Important Bird Areas (IBAs) at the Sierra Leone Estuary, Toto Island, Sherbro River and Yoribay among other places informing that some of the migrating birds are closely monitored with devices like sim card placed on their brain for data collection to trace their locations.

The experts acclaimed national efforts in preserving the migrating birds underlining, “we have seen a lot of fantastic birds and we now know that Sierra Leone has the potential to manage the environment and maintain its habitats.”