Broken Families: A Western Saharan man becomes a leader for his people¹s struggle for justice 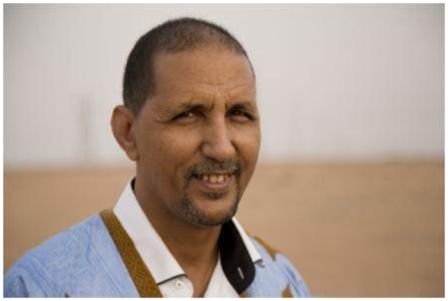 Broken Families: A Western Saharan man becomes a leader for his people¹s struggle for justice

Broken Families, premiering on Sunday, 2 February 2014 on Al Jazeera English, follows Western Saharan community leader and activist Brahim Dahane as he seeks justice for his community against a range of abuses. Filmed over a six-month period, Dahane finds himself becoming the voice for the families whose sons or brothers have been arbitrarily imprisoned, secretly detained or disappeared, held without trial, tortured and ultimately tried by a Moroccan military court during peacetime.

The 25-minute documentary follows Dahane, a spokersperson for his Saharawi community, in his day-to-day life as he is caught up in one of the world’s longest-running and least-known conflicts, in Western Sahara, which has been occupied by Morocco since 1975.

“Brahim never set out to be an activist,” says Giles Trendle, Al Jazeera’s Director of Programming. “But from his first detention while a teenager, he has been imprisoned three times and undergone severe physical and psychological torture at the hands of the Moroccan authorities. His marriage has been destroyed by the stress of his imprisonments and his family life deeply affected. Now, through his work and voice, he is determined to help reunite other families separated by the conflict.”

“For me, occupation is a synonym for slavery,” says Dahane. “It is injustice and punishment. It is all forms of human rights violations. It is aggression and subjugation.”

In December 2013, Morocco signed a controversial European Union fisheries agreement for Western Sahara waters, which met with resistance. Morocco also has an ambitious solar project planned for the disputed region. Alongside repeated human rights abuses, this has led to mounting pressure and demonstrations across Western Sahara ahead of April’s United Nations’ discussions on the peacekeeping mission there.

Dahane was one of a number of activists assaulted in January 2014 at a demonstration calling for the UN to monitor human rights abuses. “Dozens of Saharawi protesters were injured after police attacked the crowd with their truncheons,” says director Louise Orton. “Amnesty International and Human Rights Watch have consistently reported human rights abuses in the Moroccan-occupied zone of Western Sahara. But astonishingly, MINURSO, the UN peacekeeping mission in Western Sahara, is the only modern peacekeeping mission in the world without a mandate to monitor human rights. People in Western Sahara are eagerly waiting to see what will happen when this is up for discussion in April this year.”