Fight for Peace joins FDID to fight drugs and violence 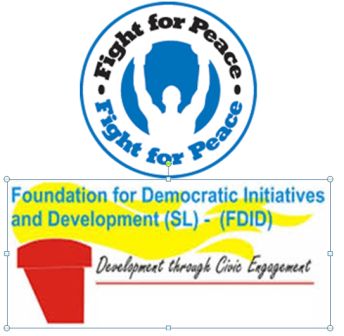 Fight for Peace joins FDID to fight drugs and violence

Fight for Peace (FFP) is an international organization working with young people around the world to eradicate drugs and violence among youths, and to capacitate them in contributing to national development.

Two officials of the organization, Messrs James Bademin and Peter Peeley are presently in the country to work with young people in combating crimes, drug abuse, alcoholism and violence which they see as menaces to society.

They are working closely with the Foundation for Democratic Initiatives and Development (FDID) a non Governmental organization in Freetown headed by a proactive young man, Mr. Hindowa Saidu.

According to Mr. James Bademin, they have held consultations with FDID to target the right people.

Speaking to pressmen at the FDID headquarters at Riverside Drive in Freetown, on Wednesday, October 22 this year, Mr. James Bademin explained that they were in the country for ten days to consult with youth advocacy organizations to provide training for ten selected groups.

He noted that the week long training of trainers programme will take place in Brazil in March this year for ten people only and they will select groups which they would work with for one year.

He also disclosed that they will work with young people engaged in drug abuse through boxing and marshal arts combined with education for individual development.

He stressed that their major aim is to build the confidence of young people and also engage their minds in meaningful activities.

He also stated that the criteria set for local groups to be eligible for selection in the programme involve employment description for young people, violence barrier to youths, openness and commitment.

In his closing remarks, Mr. Hindowa Saidu thanked the visitors for their initiatives. He called on young people to be serious and to treat this programme with the seriousness it deserves. He appealed to them to desist from taking harmful drugs and from involving themselves in violent activities. 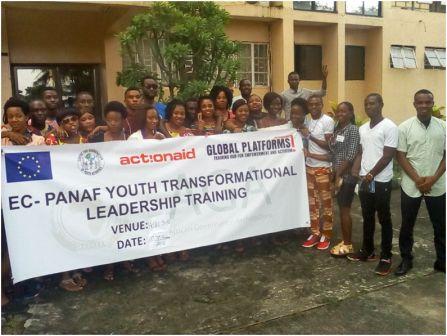