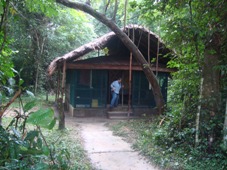 The trail, according to Mr. Armitt, will attract four visiting teams including one international and three non-governmental organizations operating in Sierra Leone.

The Tiwai heritage trail will pioneer fascinating Mende culture and history, the rich and unique flora and fauna found in the remnants of the ancient Uupper Guinea forest as well as the region’s heritage by hiking on bush trails, crossing rivers by dugout canoes and hiking through thick tropical forest to show case a perfect mix of adventure, culture and nature, respectively.

Giving an overview of the programme, the Volunteer Ecotourism Adviser said the trail is organized as part of his role and responsibilities to share and introduce not only the fascinating Mende culture but also the rural way of life to enable tourists experience the area’s natural beauty which has been earmarked to become a UNESCO world heritage site.

The programme also seeks to promote the surrounding Tiwai Island wildlife sanctuary to make it a better place to live, especially for the communities to develop and net benefit in the areas of economic, social and environmental gains as part of responsible tourism.

It could be recalled that in the late 1800s, a widowed Mende queen, Nyarroh of Barri Chiefdom, Pujehun District, fell in love with the chief of Koya Chiefdom, Kenema District who lived in the opposite side of the Moa River just behind Tiwai Island.

As a gift of love, the queen gave half of Tiwai to the Koya chief so that the two chiefdoms would share ownership. Since then Tiwai has been identified as a special biosphere for wildlife conservation and later, upon the request of the two chiefdoms, Tiwai gained recognition for its value and official status as wildlife sanctuary. 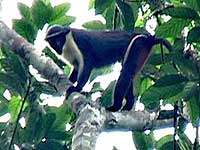 Strengthening our Strengths to Neutraliz...