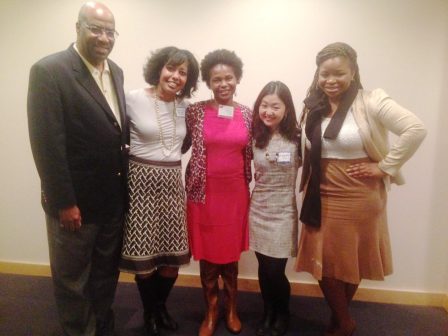 The Africa-America Institute (AAI), a New York based international education and policy organization dedicated to advancing higher education and professional development training for Africans, announced Monday it is embarking on a yearlong Speaker Series.

According to an AAI media alert, The Speaker Series begins Thursday, January 30 with a panel discussion exploring the Challenges and economic potential of President Obama’s Power Africa Initiative in New York City and run through November 14 Washington, D.C. will include a Talent Summit in April and The State of Education in Africa annual conference in June. Four congressional events will take place in Washington, DC on Feb. 13, April 10, June 26, and Nov. 13.

“AAI’s Speaker Series will be a forum for innovative and visionary thought leaders to engage in dialogue on important issues of mutual concern to the African continent and United States to help inform and shape public policy and foster socio-economic development in Africa.  We’re excited about the potential impact of the Speaker Series in increasing engagement, dialogue and action in the U.S. and in Africa on some of the continent’s most pressing issues,” said Amini Kajunju, President and CEO of The Africa-America Institute.

Among the experts scheduled is Kamran Khan, Vice President of the Department of Compact Operations, Millennium Challenge Corporation who will moderate the discussion on a new US initiative “Power Africa” that aims to double access to reliable, sustainable energy in sub-Saharan Africa over the next five years.

Already some New Yorkers have started to register for the first series on January 30 in New York City.

Phumelele Kunene (above) a South African born, Brooklyn based Fashion Designer and Empowerment Conference organizer is among the first to register.

“As an African and an entrepreneur, I am excited about the new possibilities that the Speaker Series ushers for Africans living here in the US.   I am hopeful that this year long series will bridge the gap between African internationals and African based organizations to collectively work together on issues that are of importance to our communities back in Africa and to make a real difference in those areas,” Kunene said.

The AAI founded in 1953 celebrated its 60th anniversary last September.  The institution reports since its inception, more than 23,000 individuals from 54 African countries have benefited from AAI’s higher education scholarship and professional training programs.

PART THREE: How Did We Miss It? 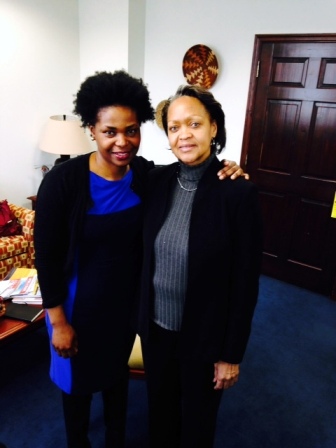