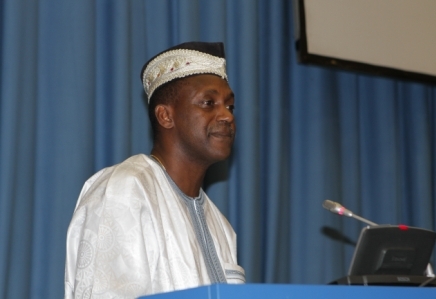 In the heat of his passive-resistance campaign, the great Mahatma Ghandi once said “FIRST THEY IGNORE YOU, THEN THEY LAUGH AT YOU, THEN THEY FIGHT YOU AND THEN YOU WIN.”

When Donald Roberts and I, including few Kandeh K. Yumkella (KKY) faithful launched this dream about a year ago, some laughed it off and dismissed it. They said we were just Diaspora bloggers and website pundits.  But within three months we had about 3,000 followers; today, one year later, we are heading to hit 9,000 followers in the forum, making us the fastest growing Sierra Leonean on-line dialogue platform. We thank our followers, both passive and active on the year anniversary for their interest, dedication and the civility/decorum they have maintained. Without a doubt this face book group forum (WHY KANDEH YUMKELLA FOR PRESIDENT 2017) is now renowned by most as the best Sierra Leonean political forum based on its discipline, message, and quality of participation and style of engagement.  The forum and it’s movement is an IDEA representing HOPE, CHANGE, and the cardinal BELIEF that Salone DESERVES BETTER, and MUST BE BETTER. By 2015, we will be stronger, and we will transform into a true Twitter-Google-Internet-Facebook (TGIF) mobilization platform.  Like the Arab-spring, or Obama-mania, our movement is determined to influence the outcome of the 2017 elections for positive CHANGE.   Join us, make your voices heard.

We have chosen to be positive, not to attack or pull anybody down (P-H-D), not to rely on mud-slinging or to spread unfounded rumors.  Some join the forum to insight the usual negative brawl, but we continue to dodge the bullet, and instead choose to remain positive.  We are INCLUSIVE, every interest group and political party is welcome, because our mantra is success through partnerships and strategic alliances.  As KKY himself says “there are no green or red Sierra Leoneans”, we are just progressive Sierra Leoneans, defined by “the content of our character” not the color of our T-shirt.  We want to simply create awareness of the virtues and qualities we want to see in our political leaders. We are looking for a visionary that puts a premium on education, professionalism, and delivery of concrete solutions to ensure prosperity for the common man. We want a Salone where hard work matters; where private-sector led growth can create jobs and wealth; where foreign direct investment and strategic business partnerships, can drive rapid economic growth. We also want to keep “hope alive” for the youths.  I first heard of KKY through my American professor at the University of Pennsylvania who knew of his work. Like many on the forum, I have still not met him in person, but I admire his service to humanity, the results of his work, and his accomplishments.

So we in the KKY movement have volunteered to start laying the ground work to draft him to run in 2017.  We want him to come and serve his people, as he has served the world.  Our recent visits to Salone and feedback from observers in our forum reinforces our faith that we are not alone, there are thousand more followers on the ground.  We also saw evidence that we should give the young generation and the people of Sierra Leone hope for a greater tomorrow. In the 1960s, Martin Luther King provided a Dream for the American Civil Rights Movement and the oppressed Negroes. Jesse Jackson dared to be the first black man to run for president in the 1980s as a result of that Dream combined with his Rainbow-Push Movement.  Over forty five years after Dr. King, in 2007, Barack Obama, delivered CHANGE to become the first black president (emboldened by the “Dreams of His Father” and the “Audacity of Hope” his two books that chronicle his life). In 2012 with bloggers, web-based grass-roots mobilization and TGIF, Obama beat “big money” and entrenched powerful interest groups and racism to win again. Let’s replicate this in Salone. Organization is power. Join us.

Some partners have recently visited Salone again for several weeks, to listen to our people and learn about the issues on the ground, and to collect data for planning purposes.   We were pleasantly surprised that local groups had organized themselves into some version of the KKY movement. A few weeks ago, one of our members sent us reports on how people reacted to KKY in Bo (see the pictures). People would say “Da Man weh den call Kandeh, den say Na im get for cam hep we”; Den say nar we yone Obama da wan dae”.  We know that people came from Kenema, Kono, Pujehun, Freetown to hear him and “see the man” at CKC.  Some students from tertiary education came to listen to him and be inspired.  Today, a few more micro blogs have appeared to support the draft KKY project.  We intend to continue growing, getting better, and getting stronger,.  Like Ghandi said, let them laugh, let them fight, when the time comes, we will win. Small,small, Leh we dae go nor mor…… 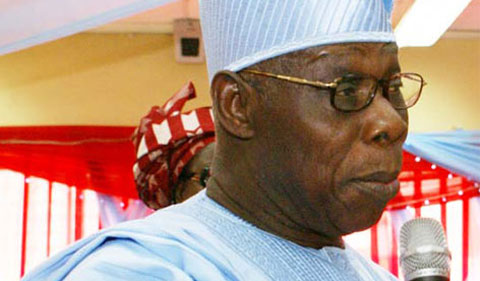