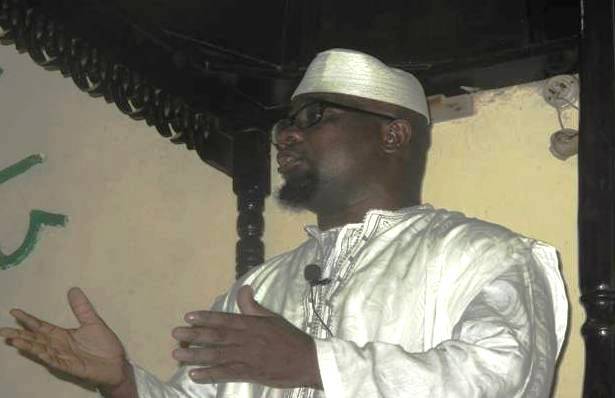 An Imam of the Jamieu Salam Foulah town mosque has called on worshippers to join hands with the Government and the Sierra Leone Road Transport Authority for a collective effort on road safety. Alhaji Yazid Raschid (in photo) emphasized that the Messenger of Allah Mohammed (SAW) had put a lot of premium on the right on the road, the reward and blessings for someone that will make the road safe.

Alhaji Yazid Rashid said that the holy Prophet Mohammad (SAW) once told his companions not to sit by the road side if at all they were unable to avoid that they should lower their gaze, avoid harming others, return greetings of peace, enjoining good and forbidding evil.  Sunan Abu Dawud 4815. He reiterated that the Holy Prophet once said that the blood of a Muslim believer is more precious than the Ka’aba.

Alhaji Yazid Raschid urged Muslims to support the Decade of Action for Road Safety 2011-2020 which was launched with the aim of preventing over five million road traffic deaths globally by 2020. He emphasized that the country needs to implement measures towards improving road safety as some of these accidents are preventable.

Alhaji Yazid reiterated the sermon delivered by the Holy Prophet in the ‘Uranah valley of Mount Arafat’ (in Mecca). In which he said “O People regard the life and property of every Muslim as a sacred trust. He said that the Qur’an insists on the harmony of man’s spiritual and material interests, guidance on how to achieve success in this life and the next”. He further said that the Qur’an maintains its do’s and don’ts and does not aim at putting man through a period of earthly misery before he reaps heavenly salvation, but that they are rather the stimulant for earthly trials, with some earthly rewards and unlimited heavenly ones as well.

He admonished all that the Qur’an in Suratu rad verse 9 says “Indeed, Allah will not change the condition of a people until they change what is in themselves. And when Allah intends for a people ill, there is no one repelling it”. He encouraged all to spread the message of rampant fatal accidents caused by over speeding, over loading, the use of mobile phones whilst driving, drinking and driving and encouraged all to wear crash helmets and seat belts.

Alhaji Yazid Raschid ended his sermon by appealing to all Islamic preachers to take up their responsibility in other to save lives. He informed all of the road safety policy, strategies and methodology that will be launched by His Excellency the President Dr. Ernest Bai Koroma which needs the total support of all Muslims as they are the majority road users and also majority on the victim list.

Election Petition Ruling: The will...