SLFA Prexy to give Approved School Field a facelift 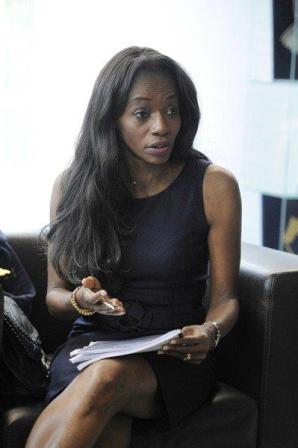 SLFA Prexy to give Approved School Field a facelift

The Sierra Leone Football Association (SLFA) President, Mrs Isha A. Johansen (in photo) has promised to give the Approved School playing grounds in the Wellington community a facelift to prepare it for a FIFA Goal project, which will subsequently lead to the laying of an artificial turf in that part of the capital city, Freetown.

The assurance came in the wake of a FIFA delegation visit to the community on Monday October 28, to do a feasibility study on the playing grounds to ascertain the possibility of erecting an artificial turf in a community that could best be described as “having majority of disadvantaged and under-privileged youths and children” according to a Ministry of Social Welfare, Gender and Children’s Affairs reports, about a decade ago.

“We need to come together and prepare this field so that when FIFA returns to Sierra Leone again in about a couple of months from now, they will be able to notice the great improvement we might have done to this place. Together, we can make it work and see that this community benefits directly from a FIFA development project and can properly maintain and own a Goal Project funded complex,” the SLFA President says.

“I cannot defend a project site which is being littered with community waste. If you are serious about getting this place ready for a FIFA Goal Project, which is worth more than a hundred thousand dollars, you must first upgrade it to a better site than this current eye sore,” one of the delegates said.

The community people, especially the youths and children who had gathered to listen to the FIFA delegation assessment of the pitch felt humiliated and apologized for the unfortunate situation. They promised that the dust bin will be removed with immediate effect and a proper mechanism in handling the grounds put in place to discourage such negative use in future.

Mahmoud Kamara – a youth leader in the community and one of the caretakers of the pitch promised the delegation that they will do all what it takes to maintain the pitch noting that it will be a very huge task for them to do it alone and therefore will need the logistical support from the SLFA.

Responding, Madam Johansen threw a challenge to the community leaders, telling them that once they can get rid of the waste deposit on the pitch, the FA will come in handy to upgrade it in readiness for the Goal Project.

“We can provide the logistics but you need to provide the man power for the work load. If we can collaborate well and make this place a better one, it will be good for all of us because this is a pitch that my father played; it is a pitch where also the current FA Vice President and several members of the football family once played. We should not let it become a dust bin because it is part of the history of the country’s football; this is where football was born and therefore we should not let it die here,” the FA President noted.

According to investigations, the pitch is the property of the Ministry of Social Welfare, Gender and Children’s Affairs but is currently managed by the community people, who have expressed their willingness to collaborate with the Sierra Leone Football Association (SLFA) for the construction of a mini complex for youth football development.

“Wellington community and its environs are classified among areas in the country that have the highest number of deprived children and therefore having an upgraded facility like that in the community will help develop football in that part of the municipality,” Mahmoud Kamara said.