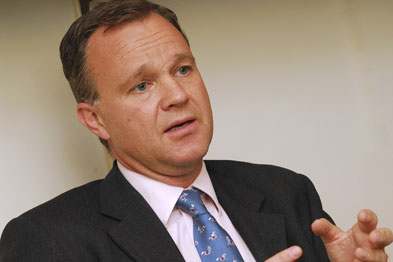 President Koroma thanked the British government for the support given to Sierra Leone during the difficult days, and disclosed that government is moving the country forward, always realizing that Britain has been a very supportive partner.

President Koroma recalled that when he took up governance in 2007 Britain provided substantial support up to holding the business and investment forum in the United Kingdom, which was very successful and established the basis of inviting investors to Sierra Leone.

The Head of State also stated that the British government provided support for the building up of governance institutions, especially the military, the Police and other state institutions, adding that DFID has been very helpful in the areas of education and health, which have gone a long way to positively affect the lives of the people.

Government, President Koroma said will continue to engage the British government as the biggest player in providing Sierra Leone with continuous support as a way of building the democratic process, and further reiterated government’s continued partnership with Britain.

He said government is determined for the Anti-Corruption Commission to continue as a credible institution that can be used in the fight against corruption, while expressing government’s profound delight for Sierra Leone now serving in the UN Human Rights Council.

He revealed that a lot of progress has been made on governance and that government has positioned itself as a country belonging to the group of countries that are most improved in terms of governance, according to the World Bank and Mo Ibrahim Index.

President Koroma said as a way of moving forward, government has to continue with the implementation of its programmes from the Agenda for Change and now to the Agenda for Prosperity, with a space for the private sector to grow, adding that until there is a very dynamic private sector, the country will not be able to do much, because the private sector should be the driver of growth, and government is still looking at how to create the enabling environment to ensure transparency in the entire process.

He therefore advocated for strategic partnership with Britain in the implementation of the Agenda for Prosperity.

Earlier presenting the British Minister to President Koroma, Minister of Foreign Affairs and International Cooperation, Dr. Samura Kamara said the British Parliamentarian is on his first visit to the country, to study the partnership between both countries and look at how they can work together for the implementation of the Agenda for Prosperity.

Hon. Mark Simmonds disclosed that the United Kingdom holds Sierra Leone in very high esteem in terms of bilateral relations between the two countries, and that his visit to the country is geared toward having firsthand experience on how the two countries are working together, adding that the visit also reaffirms ties between both countries.

He thanked President Koroma for placing high premium on the passing of the sexual violence and offences law, among others, which the international community will continue to support.

Hon. Mark Simmonds also lauded efforts of government for the deployment of troops in Somalia, Sudan and other United Nations peacekeeping missions in the world, which he emphasised the British government value very much, observing that both countries can now see how to further train the armed forces.

He pledged the British government’s commitment in doing more to strengthen economic and trade relations between Sierra Leone and Britain so that more businesses can invest in the country, creating jobs for the unemployed.