Fostering Sierra Leone’s growth through her transport and aviation sector 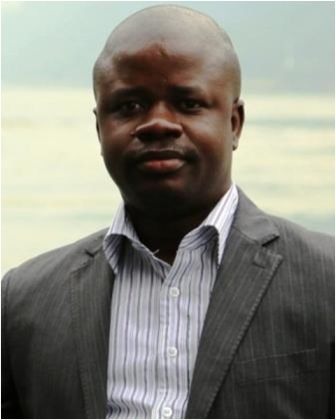 Fostering Sierra Leone’s growth through her transport and aviation sector

Kofi Annan is the seventh secretary-general of the UN and the first sub-Saharan African to hold that position. In his memoir, titled, Intervention, A Life in War and Peace, he argued, that “in a telling-if tragic –sign of Africa’s many false starts on the path to development, it is widely recognized that the two principal obstacles to African development are energy and infrastructure (page26, paragraph 2).

A country’s development path takes into account crucial factors energy and infrastructure. And because these two have been major obstacle to the growth of a number of African nations the last few decades have seen serious attention given to the development of infrastructure and the generation and distribution of energy. In fact, a new Chinese development cooperation model with developing nations (at the multilateral level) is supporting sub regional development. For instance, we have seen how MRU countries are now pushing for a Makona River Free Zone Development Project, which is based on the foundations of the thriving cross-border transnational market trading between and among the countries involved (I will have to deal with this issue in a separate piece).At the bilateral level, most countries have turned their resources to the development of their infrastructures.

Sierra Leone is governed through an Agenda for Prosperity (AfP). This Agenda has a vision of making Sierra Leone a middle income nation. It thus works towards making women socially, economically and politically empowered so as to be able to constructively contribute to national development. In the coming decades, according to the document,  Sierra Leoneans should have access to affordable housing; a modern and properly developed infrastructure with reliable energy supplies; with a “stable, export-led economy, based on sound macroeconomic fundamentals, with inflation close to 5% and government revenues increased significantly to 35% of GDP”  Thus, from a generic perspective, by 2035, the country should “have gender equality, a well-educated, healthy population, good governance and rule of law, well-developed infrastructure, macroeconomic stability, with private-sector, export-led growth generating wide employment opportunities…”

In the areas of energy and infrastructure, Sierra Leone has witnessed an encouraging turnaround. Given the components contained in the eight pillars of the AfP, energy as well as infrastructure has leading roles in the implementation of the prosperity trajectory. And the country continues to go in search of potential investors that could be partnered with, in a bid to make judicious use of those potentials the country has, in the two sectors mentioned above. During the month of September, Sierra Leone’s Minister of Energy and Power, Oluniyi Robbin-Coker signed a Memorandum of Understanding with a leading Chinese Energy Group, underpinning power growth agreement and joint development of three hydropower plants and one thermal generation in Sierra Leone.  Prior to this, the country’s Transport and Aviation Minister, Leonard Balogun Koroma signed another Memorandum of Understanding with China kingho for the development of Railway and Deep Seaport.

The airport component involves building a new one with support by the Chinese Government, through the Export-Import Bank of China. This component is expected to commence before the end of this year, or the first quarter of 2014. On the seaport component, Sierra Leone lacks a deep seaport and as such the country cannot accommodate large bulk vessels especially for the transportation of its iron ore.  The 250 km railway to be designed, and  to transport the iron ore deposit to the Deep Sea Port at Sulima will enhance Sierra Leone’s export and maximize revenue for government. Generally, therefore, the development of the country’s Port and Rail is expected to expedite the growth of her transport capacity and the development of industrial, agricultural and service trade sectors with a view of realizing a stable and sound economic growth, as outlined in the Agenda for Prosperity.

For Minister Leonard Koroma, the current system of transporting the country’s ore poses a challenge. “Take London Mining for example; from the mines, the ore is being transported by trucks .Some of these trucks are not specifically designed for that purpose. This is bulk cargo and it is heavy. And then, when they get to the loading point, they are loaded unto barges and then moved downstream unto the Sierra Leone River and then eventually transferred to the iron ore vessels. And because we lack a Deep Sea Port, we can only accommodate vessels that have the capacity of between 60 to 80 thousand tons, as against vessels that can take between 120 to 180 thousand tons of iron ore… for African Minerals, the Iron Ore is also transported by rail to Pepel which also is not a Deep Sea port and also cannot accommodate the large bulk vessels. This slows down the process and until we have a Deep Sea Port that can accommodate these large size vessels, we won’t get the corresponding revenue from these mineral resources; thus the need for Deep Sea port.”

Further realizing the socioeconomic importance of his ministry to the country’s growth, Minister Koroma, during the month of September, also signed an Air Services agreement with the State of Singapore. This was done on the sideline of the 38th International Civil Aviation Organization (ICAO) General Assembly in Montreal, Canada. Obviously, seeking such laudable ventures in seeking more airlines to start flying into Sierra Leone will surely help in boosting the country’s economy and in addressing challenges posed by unemployment.

But in all of the above mentioned, without effective energy generation and distribution, we cannot also foster economic growth. For instance, a Chinese energy group, Kingho has an anticipated  billion of dollars investment   portfolio for Sierra Leone    for the development of Mines, concentration plant steel plant Sea Port, Railway and Road. Without hundreds of megawatts of power for its operations, it becomes another serious challenge, thus the MOU with Sierra Leone, establishing the needed principles for a joint venture with the Government of Sierra Leone.

Facilitating Sierra Leone ascendance to a middle income nation demands the collective involvement of its citizenry. When we fully develop the sea, rail and airport projects in the next couple of years, Sierra Leone will surely see a boom in her growth. The Minister of Transport, Leonard Balogun Koroma has got the exuberance to make things happen. He keeps providing the political leadership and so far he has proved that he can deliver when supported. But these three core projects in his ministry will definitely make him fly to the mountain tops when fully ensured. We can foster growth with our transport sector. This is my belief.