Homepages
Your trusted place for Sierra Leone and global news
Trending News
HomeFeaturedSierra Leonean tortured to death in Syria, many more in limbo!

Sierra Leonean tortured to death in Syria, many more in limbo! 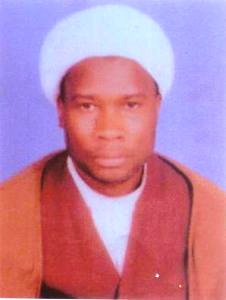 Sierra Leonean tortured to death in Syria, many more in limbo!

Sheik Mohamed Canaan Bah was a student at Hawza Zainabiya in Damascus Syria.  He went there on a scholarsip in the nineties and has been there since.  A pious muslim who has always been engaged in Islamic Education since an early age, he dedicated his life to that until his death.  He was believed to be in his early 40’s.  (Photo:Sheik Mohamed Canaan Bah)
According to Sheik Usman Bah, a representative of Sierra Leone Students Association of Syria residing in Freetown, Sheik Canaan met his death in the hands of the rebel Free Syrian Army. He was captured in an area called Saida Zainab, a suburb of Damascus, a religious site for Shiites that houses the grave of the late granddaughter of the Prophet Muhammad (PBUH).  The reports state that he was tortured to death with an electric iron.
There has been no clear reason for his capture, but indications might point to the fact that he was in an area frequented by Shiite Muslims, and also because of the color of his skin. Many blacks were killed in Syria before the advent of the first President Assad in power (father of the current president).  The Assads ,according to many sources from Africans who lived there, were friendly to foreigners, blacks included. Since the rebellion started, many have been killed, just as it was happening in Libya during the rebellion against Colonel Ghaddafi.
As of now, many Africans, including dozens of Sierra Leoneans are stranded there. Some of the Sierra Leoneans there are: Kabineh Sheriff, Musa Mariega, Hassan Kemoh, Ibrahim Bindi, Alie Sam Kpakra, Soufian Lahai, Sallieu Bawoh, Osman Kanneh, and others. Many of them are living there with their wives and children, and have been there since during the Sierra Leone civil war. They are impatiently waiting for the Sierra Leonean Embassy in Saudi Arabia to evacuate them from there.
The government of Sierra Leone must work in the interest of these stranded citizens and help bring them home to their respective families. The situation in Syria is very serious and these brothers and their families are easy targets, identifiable by the color of their skin.
May the Soul of Sheik Canaan Bah rest in peace.
Translated from Fullah by Algassimu Monoma Bah, Philadelphia, PA.  From an article on the website www.peeral.com , whch is written entirely in the Fullah dialect, published in Holland by the Peeral Media Foundation.
Stay with Sierra Express Media, for your trusted place in news!

This Week In: English Football – P...