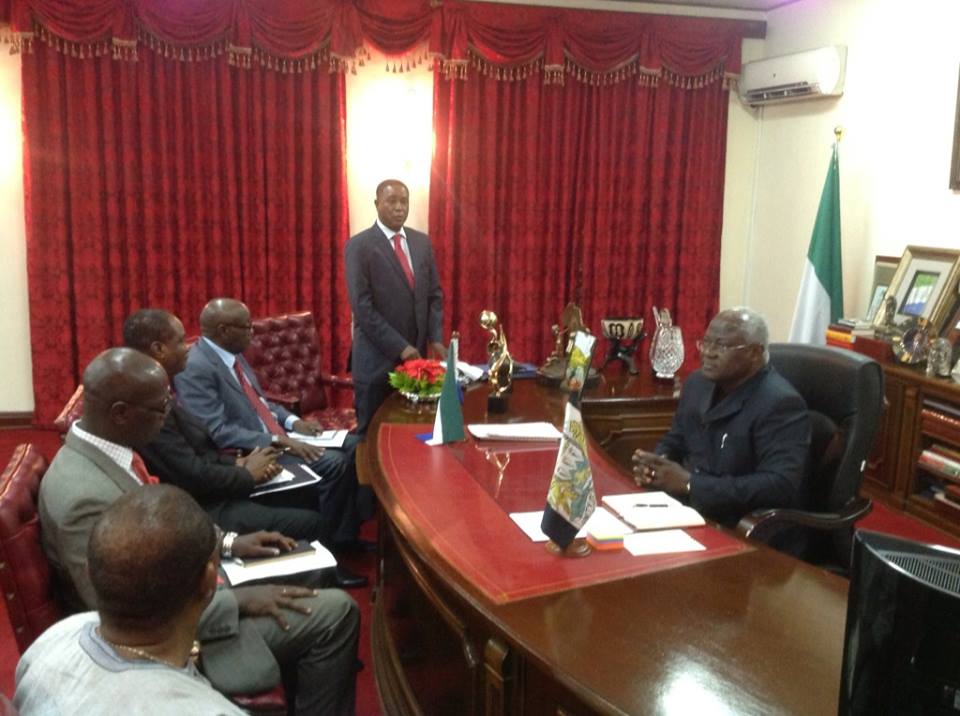 President Dr Ernest Bai Koroma has received honours and praises from the legislatures of four states in the United States of America in a presentation ceremony pioneered by Hon. Alhaji Alpha Kanu, Minister of Information and Communication who jointly with Dr Samura Kamara, Minister of Foreign Affairs and International Cooperation led the delegation to the US last September.

President Koroma said that Sierra Leone is enjoying a considerable amount of importance in the international community today. If America is fighting for freedom today, it was our people who initiated this fight for freedom and human rights, he said. “Our people spearheaded this fight, and as Sierra Leoneans we should be proud of this and trumpet it all over the place.”

The president also maintained that Sierra Leone, more than any other country in Africa, has a real connect with the United States of America. “We should use this opportunity to promote tourism with the people of America, especially those who are of Sierra Leonean origin.” He also noted that this was among a number of reasons why slaves were brought back to Sierra Leone from the US and Great Britain, and consequently established a colony in the country in 1808.

He noted that he will communicate to the counties and states in the US for the honours bestowed on him. He also profusely thanked President Jonathan of Nigeria who also attended the UNGA for his confidence in him, and with all humility accept his regards. “I am very happy that America is appreciative of our efforts”, he concluded.

According to the citation issued by the Senate and General Assembly of the State of New Jersey, “throughout his exemplary political and private sector career, Ernest Bai Koroma has exercised strong and effective leadership in myriad of important offices and positions, including as a minority leader of the Parliament of Sierra Leone before becoming President in 2007; and, he has served the citizenry of his homeland with dedication and distinction, and has set a standard of excellence in leadership and service toward which others strive now, therefore,

Be It Resolved by the Senate and General Assembly of the State of New Jersey: That this legislature hereby honors and salutes President Ernest Bai Koroma, commends his outstanding record of devoted service to the people of the Republic of Sierra Leone and to the World community and extends best wishes for his continued success in all future endeavors; and, Be It Further Resolved, That a duly authenticated copy of this resolution signed by the Senate President and the Assembly Speaker and attested by the Senate Secretary and the Assembly Clerk, be transmitted to the Honorable Ernest Bai Koroma.”