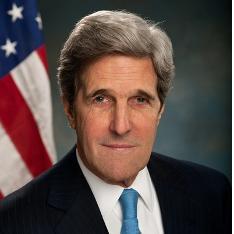 Today’s ruling upholding the conviction of former Liberian President Charles Taylor marks a milestone for the people of Sierra Leone and Liberia, and for international criminal justice. In holding Charles Taylor accountable for war crimes and crimes against humanity, the Appeals Chamber of the Special Court of Sierra Leone has brought a measure of justice to the people of Sierra Leone, and helped to cement the foundation on which reconciliation can proceed. This fight against impunity for the worst crimes known to humankind is personal for me. The last piece of legislation I helped to pass as a Senator expanded and modernized the State Department’s War Crimes Rewards Program. As I was awaiting confirmation to become Secretary of State, the bill came to President Obama’s desk and he signed it into law. We need tools like this to help ensure that criminals like Charles Taylor answer for their crimes. I am proud of the role that the United States played in drafting and negotiating UN Security Council Resolution 1315 (2000), which paved the way for the Special Court that convicted Taylor and has now brought its trials and appeals to a close. The United States has been a strong supporter of the Court and its work for a simple reason: We refuse to accept a world where those responsible for crimes of this magnitude live in impunity.