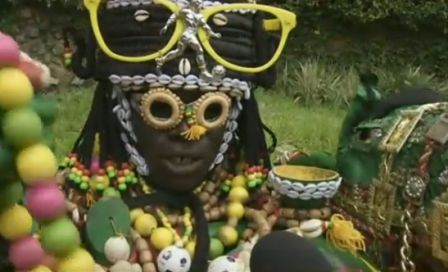 The practice of unfair and dirty politics in Sierra Leone has overcome simple justice.

In Makeni a few days ago, a less than 15 years old Saidu Kamara confessed of being a blood sucker in the underworld kingdom.  Saidu has named fifteen others whom he says are part of his team in the kingdom.  Saidu adds that the fifteen have on several occasions ganged to kill and destroy his caretaker, the popular Councilor of Ward 89 in Constituency 28, Haja Sentho Conteh.

So far, four have confessed and pleaded guilty. Among the remaining eleven, five are said to powerfully belong to one of a rival APC camp having the Councilor belonging to another, sources detect. In that light, followers of the five are said to threaten to blame some local authorities of baffling the matter to the disadvantage of the Councilor. Many also blame that such will continue to tame extensive witch-craft activities in the country having the hands of the Herbalists asked to stay away from screening witch-craft cases.. Herbalists must henceforth concentrate on healing, some local authorities are said to have strongly warmed in this matter. But this statement did not go down well with a cross section of the public.