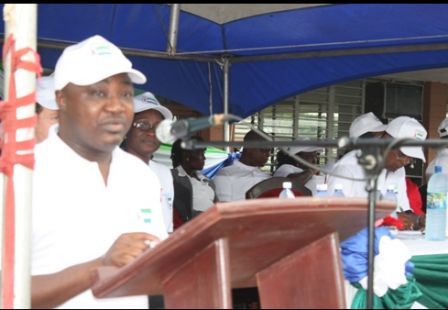 Mr. Mahmoud Tarawally (in photo) has been relieved of his post as Deputy Minister of  Education, Science and Technology of the Sierra Leone government as of today.

Mr. Tarawally is presently being held under investigation by the Criminal Investigation Department (CID) on an allegation of rape of his girlfriend’s best friend, a girl who he was financially helping with her education.

It is alleged that Tarawally asked the girl to come to his office, at which point he forced his advances on the girl and she fought him back and sustained cuts and bruises.  The victim promptly reported the matter to the police.

It is hoped that the correct action is taken for the alleged foul act of violating the rights of another human being!

Inspector-General of Police vs. Mahmoud...