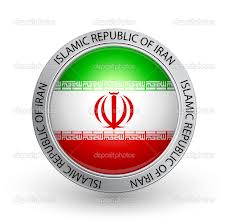 The Cultural Consulate of the Islamic Republic of Iran [IRI] has concluded its annual Quranic Competition at a jam-packed Iranian Cultural Centre in Freetown past Saturday 27th July.

The ceremony attracted several Islamic scholars and Imams from various parts of the country. The Quranic competition was divided into 3 different categories including Memorization, Recitation and Transliteration in the local Krio Language. Memorization of the Holy Quran was further divided into 8 categories including recitation of the complete Quran [30 jusu], half Quran [15 jusu] , 1 third [10 jusu] 5 jusu , 4 jusu 3 jusu  2 jusu and one jusu respectively

Explaining the importance of the Quran competition, the Cultural Consul of the Islamic Republic of Iran Mohamed Reza Ghezel Soufla reiterated that, it encourages the young generation to learn and know about the Holy Quran and also guarantees the economic, social and human development of a nation. Bro Soufla reaffirmed that, the Quranic competition is not against other books rather it is aimed at encouraging people to use the Holy Quran to develop society. He emphasized how the Holy Quran was revealed in this month of Ramadan and therefore describes it as Almighty Allah’s month

“The Holy Quran is the most comprehensive pharmacy that cures any kind of illness”, Soufla said and went on to  entreat all Sierra Leoneans to learn and believe in the Holy Quran because according to him that more you are close to the holy book the more you increase your knowledge about Islam.

He confirmed that 200 participants took part in the competition and several prizes were distributed including cash, Holy Qurans, and Islamic literatures.