Managing Editor spends another night in prison in Sierra Leone 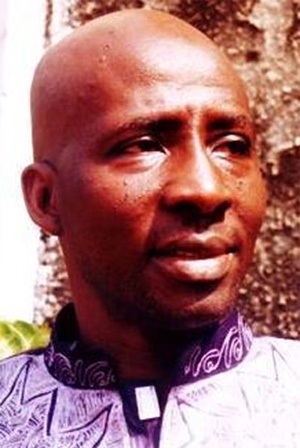 Managing Editor spends another night in prison in Sierra Leone

Mr. Jonathan Leigh is currently undergoing trial on a four count charge of Defamatory Libel contrary to Section 27 of the Public Order Act of 1965, which was filed against him by a popular businessman, Momoh Konte.

On his first appearance in Court on the matter, Mr. Leigh was granted bail in the sum of  Le 50 million and two sureties with title deeds.

During his first appearance in Court, the Prosecuting Counsel,  Ajibola Manley-Spaine Esq., cautioned the honorable court that if the Defendant was granted bail, he would go out again and write more negative and defamatory lies about the Plaintiff but the learned Magistrate Seray Wurie ignored his objection and granted bail to Mr. Leigh.

Much to the chagrin of the Court, Mr. Jonathan Leigh went ahead and wrote unpleasant things about the learned Magistrate and the Judiciary of Sierra Leone on the social Facebook media and also in his newspaper. On his second appearance on Wednesday, July 24 after both parties had announced representation, Magistrate Seray Wurie who said he was choked with surprise, revealed that he could not proceed with the matter until the next adjournment.

He handed a copy of the newspaper to the Defendant and his Lawyer AR Jones Esq., for their perusal after which the Defending Counsel attempted to plead on behalf of his client, but the Magistrate paid no heed to them but rather adjourned the matter to July 30.