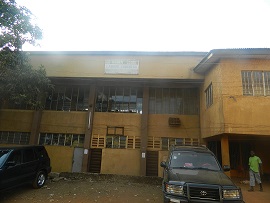 The Sierra Leone Labor Congress [SLLC] has ended a two day training workshop for the leadership of informal economy unions to develop a business plan.

The forum which was held at the National Stadium Hostel in Freetown attracted members from different unions including the Sierra Leone Photographers Union, the Bike Riders Association, and the Sierra Leone Union of Musicians among others.

Delivering his teaching during the open session, the Informal Sector Development Consultant, Glorious Faith Momodu, reiterated that the aim of the workshop was to expose leaders of informal economy unions to the concept of planning their business. He stressed that the session was focused on the practical aspects of developing business plans.

He described a business plan as an important document that describes the kind of business that is intended to be operated, adding that it normally contains critical yet factual information giving reasons for it success and financial documentations. He added that without such a plan, a business is highly likely to drift or fail.

Outlining the importance of a business plan, the Consultant maintained that it enables a union or association to logically think about any business proposal and also helps business planners to make more informed decisions which will increase the likelihood for success.

He maintained that business plans will inspire confidence and generate the basis for negotiations with financial institutions and other financial intermediaries for possible business connections.

Admonishing participants, he said the training was a big opportunity for all trade unions, and urged everyone to be serious and make use of the privilege. He observed that the lack of funds has greatly contributed in limiting the ability to run and sustain most unions.

Making his contribution, the Development Officer of the Sierra Leone Petty Traders Union, Mr. Ibrahim Sesay, said their union was established on September 20, 1969 to champion the cause of traders in this country.

It revealed that it was the first union to affiliate with the Sierra Leone Labor Congress. He mentioned that the inadequate market structures and access to micro finance have hindered the smooth operations of businesses.

He appealed to law making bodies to review the 1969 business plan while expressing the desire to improve upon their business activities. He said some of the main weaknesses of his union were that very few members work in its interest of the union and the lack of office equipment and resources.

Representing the Photographers Union, Mr. Oliver Massaquoi, said there was the need for them to establish a photography laboratory so that their members can have conducive working conditions.

ARTSL gains charity status in the...