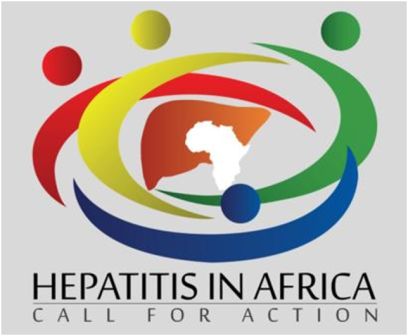 Hepatitis – a burden to society

Hepatitis B and C are among the most serious infectious disease challenges impacting individuals, families and society today. Both viral hepatitis B and C are the leading cause of chronic liver disease in the world (1). This is of particular importance in Africa where a fifth of the population are chronic hepatitis carriers and liver cancer is the leading cause of death from cancer in men. Commonly striking men in the 30-45 age group and with virtually 100 percent mortality, the economic impact of liver cancer and thus hepatitis is enormous (2) (3).

Despite the health and economic impact of viral hepatitis, hepatitis B and C remain under-diagnosed and under-reported in Africa. Unlike HIV, which has had enormous resources expended for its management, funds for battling hepatitis infection are limited and lack community advocacy and awareness. As grass roots support is missing, populations most affected by hepatitis B and C, which are typically hard to reach and disenfranchised, don’t receive needed services.

In order to meet these and other challenges, the IPLH has initiated the “Consensus De Dakar”. This second IPLH meeting leveraged on the ground experience gained since the first Dakar meeting in 2011. In order to increase the impact of these efforts across the African continent, IPLH has joined hands with the Focus Scientific Research Center (FSRC), a physician-led team of researchers and MSD, a global healthcare leader, who have sparked an initiative to create awareness about hepatitis in the English speaking countries of Africa. This initiative called “Hepatitis in Africa – Call for Action” was launched in Lagos, Nigeria on June 18 with the intention of raising disease awareness among the relevant stakeholders in the region.

Prof. Aminata Sall Diallo, executive director of “Le Programme National de Lutte contre les Hépatites” (PNLH) and Coordinator of IPLH stated: “By developing strategies for data harmonisation, shared resources, and by bringing together research expertise across all of Africa, we can effectively assess the burden of hepatitis B and C, learn more about the risk factors and improve efforts in diagnosis, management and prevention. The event in Dakar will set the roadmap to action against hepatitis with the involvement of local, regional and international stakeholders.”

Henrik Secher, managing director and vice president, MSD Africa, added:  “We support the efforts of governments and healthcare professionals in Africa to prevent transmission and improve detection of hepatitis. MSD’s engagement in this initiative is part of our commitment to discover, develop and deliver medicines to help prevent and treat viral hepatitis.”

Distributed by the African Press Organization on behalf of Merck Sharp & Dohme Corp., a subsidiary of Merck & Co., Inc.