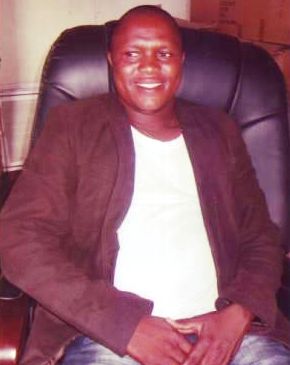 The newly-elected SLPP Young Generation Leader of Constituency 111, which covers Aberdeen and its immediate environs in the western part of Freetown, Maada Salia (in photo), has vowed to work with the ruling APC for the development of his constituency and the nation in general. He called on all other political parties to refrain from activities that bear the propensity to disturb the peace and tranquility of Sierra Leone.

Maada Salia was speaking shortly after their inauguration as new executives for the constituency. The inauguration ceremony was held at the Aberdeen Community Centre on 29th June, 2013, and well attended by party officials from the Western Area and the National Secretariat. The ceremony also attracted officials from the ruling APC and various other political parties.

Mr. Salia commended the constituents for the confidence they reposed in him and assured them that he will work with especially the youths to ensure victory for the SLPP in 2018, noting that unity is the only way to consolidate the party. He advised the party members to be law abiding and to forget about the past and work assiduously for victory in 2018.that form an integral part within the party as they moved forward for the party’s victory in 2018.

The newly-elected Women’s Leader, Madam Hawanatu Alarie Ibrahim , called on her colleague women to be united and move the party forward.

Mustapha is key to my plans, admit...