Steel Pulse, Half Pint added to New York’s Groovin In The Park Festival 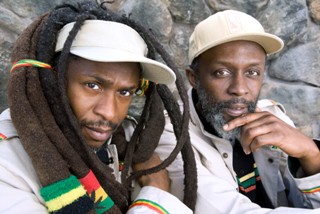 Steel Pulse, Half Pint added to New York’s Groovin In The Park Festival

With less than a week before the staging of its June 30 music festival at Roy Wilkins Park in Queens, New York, Groovin’ In The Park (GITP) has made two major changes adding Grammy Award winner Steel Pulse and veteran artist Half Pint to its lineup.  (Photo: Steel Pulse)

Half Pint, known internationally for his reggae hits including Level the Vibes, Substitute Lover, Mr. Landlord etc, joins the lineup as a last minute replacement for singer Cocoa Tea who has an issue with his work permit, which festival producers say may or may not be resolved before the concert takes place on Sunday.

Meanwhile, Steel Pulse replaces reggae icon Toots Hibbert who had to withdraw due to head injuries sustained from a bottle thrown at him on May 19 at a Dominion River rock festival in Richmond, Virginia.

The unfortunate and unavoidable decision to withdraw was made by Toots’ medical team after its determination that any performances at this time “could seriously compromise his health and well-being,” according to a statement from Toots management team.

Chris Roberts, CEO of Groovin’ Inc. said he was deeply disturbed to learn of the bottle-throwing incident in Virginia.

“I have the highest regard for Toots Hibbert as an artist. All of New York City joins me in my condemnation of this incident and in the disappointment of not having Toots on Groovin’ as was planned. We wish for him a speedy recovery and we certainly look forward to having him on the event as soon as he is able to perform again”, Roberts said.

Steel Pulse, the best and most popular reggae act to come out of England and recipient of Grammy’s 1986 Award for Best Reggae Album “Babylon the Bandit,” comes with superb credentials to what the producers describe as a sizzling one-day reggae and R & B festival.

Formed in 1975, in Handsworth near Birmingham in England this iconic roots and culture band’s   discography boosts over 20 albums including smash hits Macka Spliff, Bodyguard, Ku Klux Klan, Not King James Version, Hansworth Revolution, Taxi Driver and Rally Round among others.

Steel Pulse will join headliner Patti LaBelle, Tank, Ginuwine, Tyrese, Half Pint, Sanchez, Barrington Levy and Queen Ifrica on GITP, a Summer event which its producers say is more than a concert and has become a synergistic celebration of Caribbean and African American cultures in New York City.

“We are absolutely thrilled to have superlative icon Miss LaBelle on Groovin in The Park this year. Patti is a music legend who will thrill fans when she hits the stage on Sunday,” said Anthony Turner, Groovin In The Park publicist.

“Each year we go after the best available talent to satisfy our very demanding New York City music lovers and so far we have been receiving waves of tremendously positive feedback about her addition to the lineup,” Turner added.

Share With:
Tags
Groovin In The ParkSteel Pulse
Previous Article

Impressive lineup for Groovin’ In The Pa... 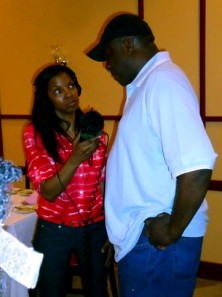